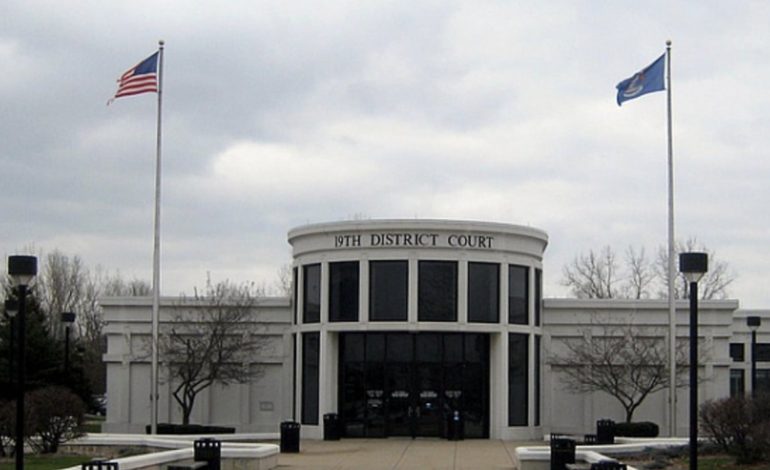 DEARBORN – The 19th District Court announced that it has been awarded a $50,000 grant from the Michigan Supreme Court to fund the day-to-day operations of the court’s Veterans’ Treatment Court (VTC). The 19th District Court is one of 24 Michigan courts awarded a grant for the state’s fiscal year that runs October 1, 2018 through September 30, 2019. Grants were made available to courts that have completed a planning phase of their treatment court program.

Judge Gene Hunt took steps to facilitate meetings and coordinate with community partners to establish this problem solving court. This year, Chief Judge Sam Salamey signed the local administrative order establishing the VTC, which was approved by the Supreme Court on January 23.

According to the Supreme Court, Michigan is a national leader with the number of VTCs. Furthermore, extensive follow-up analysis by the Supreme Court shows that unemployment among Michigan VTC graduates was reduced by more than half in Fiscal Year 2017.

The funds will support a part-time a program coordinator and will help provide services such as drug testing and transportation for program participants. The coordinator will oversee program and grant compliance, state certification and data reporting requirement, and assist in the overall growth of the problem-solving court.

Problem-solving courts are non-traditional courts that focus on nonviolent offenders whose underlying medical and social problems have contributed to recurring contacts with the criminal justice system.  As a problem-solving court, the VTC promotes sobriety, recovery and stability through a coordinated response that involves collaboration with the traditional partners found in drug courts and mental health courts. In addition, the court works diligently with the Department of Veterans Affairs, volunteer mentors and various organizations that support veterans and their families.

Judge Hunt serves as the veterans’ treatment court judge. The judge provides leadership to the treatment court team and plays an important part in guiding participants through the program.

“We are elated that the Michigan Supreme Court is committed to providing funding to help support our veterans’ treatment court here in Dearborn,” Hunt said.

“Securing this grant is one more success for the Dearborn Court among the many others accomplished during recent years designed to enhance and improve the court’s operations and saving taxpayers money at the same time,” Salamey said.