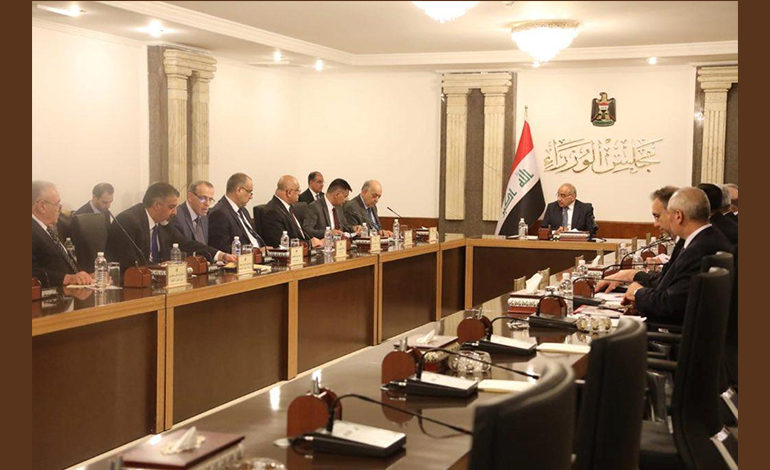 Iraq’s new prime minister, Adel Abdul Mahdi, has had an early taste of the partisan politics he hopes to rein in, failing so far to win parliament’s approval of a full government to begin to tackle the destruction of years of war and rampant corruption.

At a heated session on Wednesday night, parliament members rejected key cabinet picks and accused some nominees of links to the late President Saddam Hussein.

The session ended after midnight with Abdul Mahdi sworn in as prime minister, but with only a part-government, extending the wrangling over power that followed an inconclusive election in May.

Iraq’s defense and interior ministers and six others have yet to be decided before the government can address daunting challenges.

The oil-rich country has suffered for decades under the rule of Saddam and U.N. sanctions, the U.S. invasion and civil war it unleashed and the battle against ISIS, which was declared won last year. Graft is widespread and basic services like power and water lacking. Rivalry between the two blocs that emerged strongest from the election — an Iran-backed alliance and a populist bloc led by former firebrand cleric Moqtada al-Sadr — could prove particularly difficult for the new prime minister to manage.

Abdul Mahdi told journalists on Thursday there had been “political differences” in approving his cabinet, but that having it partly in place was better than missing the constitutional deadline of Nov. 2.

Victory came in third in May.

Sajjad said the choice of ministers undermined Abdul Mahdi’s promises to appoint a government of independent technocrats — a key demand of the Sadrist-led bloc.

But personalities were the sticking point.

Lawmakers walked out before parliament could vote on defense nominee Faisal al-Jarba. MPs circulated a photo of him smiling alongside Saddam, who was toppled by the 2003 U.S. invasion.

Abdul Mahdi’s proposed communications minister was also accused of being a Saddam stalwart in a document leaked during the session. Other choices were alleged by some parties to be corrupt.

“The prime minister put forward ministers who aren’t fit for the job,” said Sabah al-Saidi, a lawmaker for the Sadrist-led bloc, Saeroon.

Saeroon campaigned on an anti-corruption platform that appealed to many poor Iraqis made destitute by conflict or squeezed by unemployment.

Sadr, in a tweet, urged MPs not to approve ministerial candidates seen as partisan or sectarian.

Politicians linked to Iranian-backed Shi’a militias, however, feel they have earned a right to be in the incoming government given the big role they played alongside Iraqi forces in defeating ISIS militarily last year.

“Rejecting Faleh al-Fayad as interior minister was not justified,” an MP affiliated with the Asaib Ahl al-Haq militia said. “He led the Hashid Shaabi (an alliance of militias) in defeating Daesh (IS) and this is the least reward he should get.

“In return we objected to their (Saeroon and Victory) candidates.”

Iraq’s new prime minister will have to contend with the zero-sum game that has dominated politics for years, according to analysts.

“It’s hard to see how if the big political parties demand posts which they view as their livelihood, how they could just be excluded,” said Renad Mansour, research fellow at Chatham House in London.

Abdul Mahdi and new President Barham Salih, “are going to face a lot of pressure — we’ve seen that in the appointment process,” he said.

Parliament is to vote again on Nov. 6 to approve the remainder of Abdul Mahdi’s 22-member cabinet. He currently has 14 ministers. He said on Thursday a complete cabinet would soon be in place.