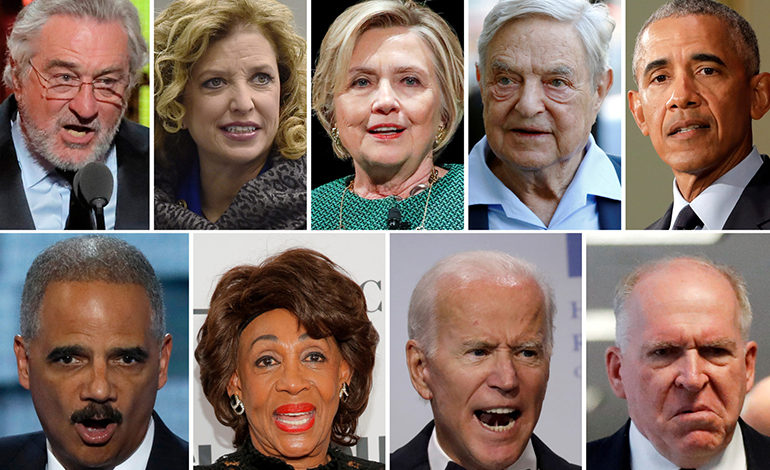 WASHINGTON – At least 10 suspicious packages have been sent to eight U.S. Democrats and critics of President Trump.

None of the devices exploded, but authorities stepped up their manhunt for the would-be serial bomber with crucial U.S. Congressional elections less than two weeks away in what has become a contentious campaign season.

The following individuals were targeted:

The Secret Service uncovered a suspected explosive device sent to Obama’s residence in the Kalorama district of Washington, early on Wednesday during a screening. Officials said Obama was not at risk.

Two suspicious packages addressed to Biden were found at a mail facility in Delaware, the FBI said.

A suspicious package sent to Clinton, Trump’s Democratic rival in the 2016 presidential election, was found late Tuesday during an off-site mail screening, according to the Secret Service. Clinton said later her family was fine.

A suspicious package similar to those sent to Clinton, Obama and others had been addressed to De Niro at property he owns in Manhattan’s Tribeca neighborhood, according to the New York Police Department on Thursday. De Niro received a loud ovation after he hurled an obscenity at Trump at the Tony Awards in June.

New York City Police evacuated the Time Warner Building on Wednesday after a suspicious package was found in the CNN mail room. The package was addressed to Brennan, who is an outspoken Trump critic and has appeared on the network.

A small bomb was found on Monday in a mailbox outside a New York home of billionaire financier George Soros, one of the world’s biggest donors to liberal groups and causes. Soros, who was not at the property, is a hated figure among some right-wing activists in the United States and Eastern Europe.

The building housing the Florida office of Wasserman Schultz, former chairwoman of the Democratic National Committee, was evacuated after a suspicious package was found, according to media reports. The package was addressed to Holder, but Wasserman Schultz was named on the return address.

The FBI said on Wednesday it was investigating two packages addressed to Waters, who had also said Capitol Police told her that her Washington office was a target. Trump has called the legislator from California “an extraordinarily low IQ person.”