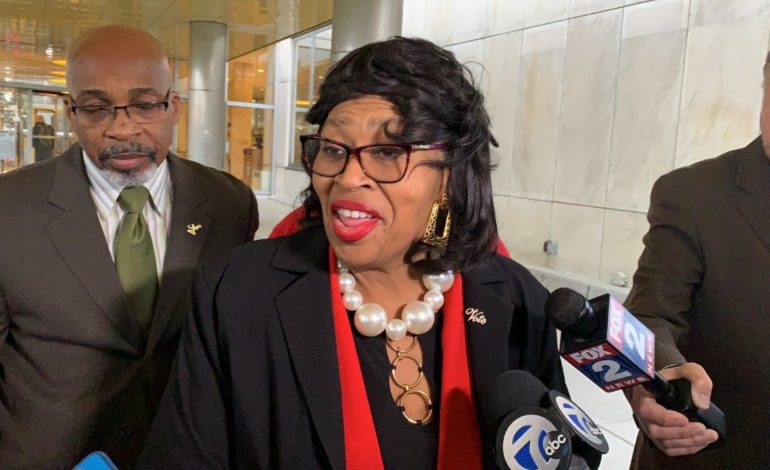 Brenda Jones says she is not a sore loser for second attempt at Congress. Photo by Michigan Chronicle

DETROIT — Congresswoman-elect Rashida Tlaib wants to know if Detroit City Council President Brenda Jones plans to step down from her city post to serve in Congress.

Tlaib was elected to replace former Rep. John Conyers Jr. in Congress beginning in January, but Jones won a special election designating her as interim representative of the district from the middle of November until Jan. 2. So far, it seems Jones intends to serve in dual roles until then.

“Not only myself but even members of City Council have expressed that concern about the fact that no decision has been made of whether she was going to step down or not,” Tlaib told The Detroit News. “It leaves a lot of us in flux in making decisions. There’s this uncertainty, so a lot of us need to know what the transition is going to look like.”

Jones has not indicated that she would resign her City Council post to take office in Washington.

At the end of Wednesday’s Council session, she thanked supporters of her last-minute, unsuccessful write-in campaign and implied that she intends to hold dual offices for a short time.