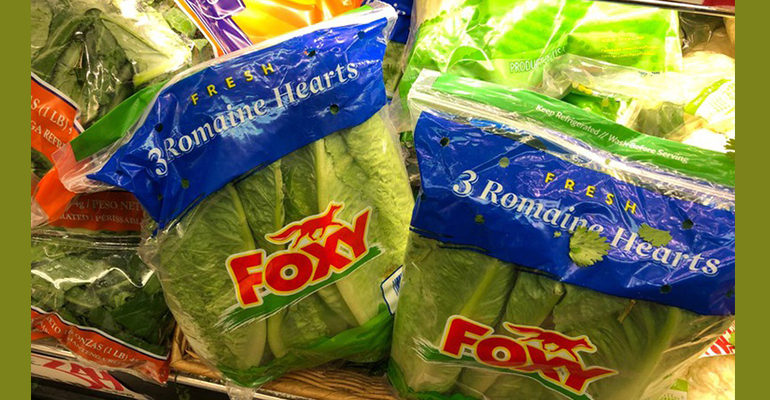 On Tuesday, public health officials in the United States and Canada warned against eating romaine lettuce while they investigate an outbreak of E. coli that has sickened 50 people in the two countries, including 13 who were hospitalized.

The alerts, issued as millions of Americans plan their Thanksgiving Day menus, covered all forms of romaine, including whole heads, hearts, bags, mixes and Caesar salad.

“Consumers who have any type of romaine lettuce in their home should not eat it and should throw it away, even if some of it was eaten and no one has gotten sick,” the U.S. Centers for Disease Control said in its food safety alert.

Refrigerator drawers and shelves where romaine lettuce had been stored should be sanitized, the CDC said.

The Public Health Agency of Canada, which is investigating 18 of the E. coli cases, directed its romaine lettuce alert at consumers in Ontario and Quebec.

In the United States, the CDC said the outbreak affected 32 people in 11 states between Oct. 8 and 31. No deaths have been reported, it said.

Symptoms of the infection often include a moderate fever, severe stomach cramps, vomiting and diarrhea, which is often bloody, the CDC said. Most people get better in five to seven days, but it can be life-threatening, it said.

The agency said the current outbreak is unrelated to another multi-state rash of E. coli infections related to romaine lettuce earlier this year that left five people dead and sickened nearly 200.

The U.S. Food and Drug Administration and the CDC traced the origin of that contamination to irrigation water in the Yuma, Arizona, growing region.