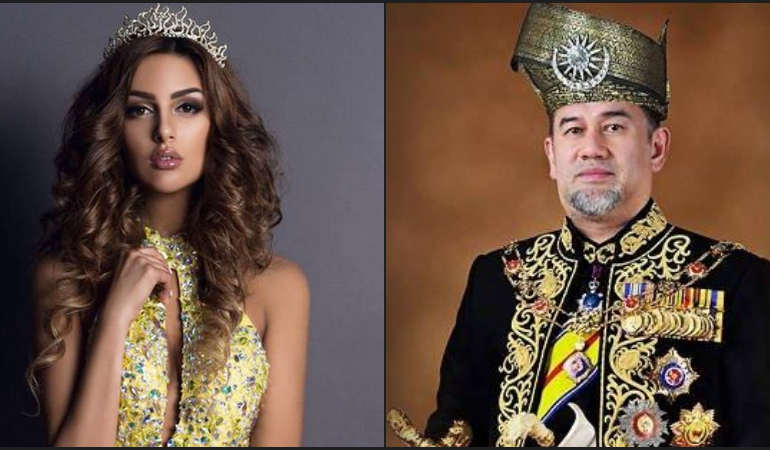 The photos and a video clip were posted to Facebook Friday.

The wedding incorporated both Muslim and Russian traditions, with halal food but no alcohol, according to the Russian Muslim outlet Islam News. Muhammad V, officially on medical leave from his duties until the end of the year, was previously married to a member of Malay royalty.

The two divorced in 2008; and in 2016 Muhammad became the first king in Malaysian history to reign without a consort.

Voevodina came from a simple background. The daughter of an orthopedic surgeon from southern Russia, she described her young self as a “bandit” who liked skater boys in school.

She said participation in the Miss Moscow 2015 pageant was random opportunity: A friend invited her, but didn’t make it into the contest herself.

It is rumored that Voevodina had earlier converted to Islam, taking the name Rihana Oxana Gorbatenko (her father’s last name). In some images on social media, she is seen wearing a hijab.