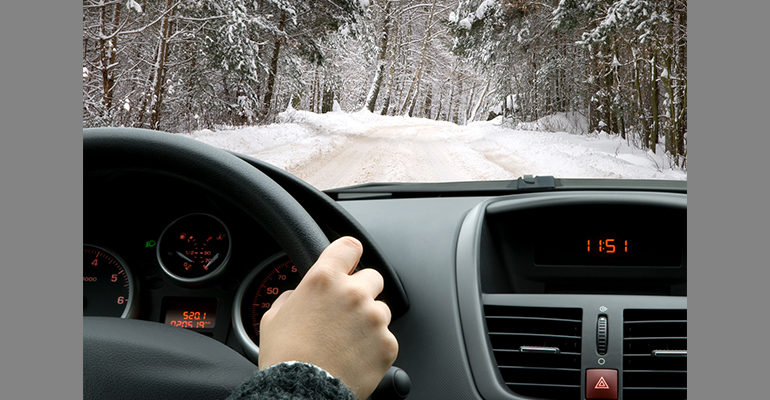 Driving in the snow

Visibility is low. Roads are slick. Snow is tumbling faster than windshield wipers can wipe. It’s that classic Michigan winter storm. Then, just yards away, is a glimpse of flashing hazard lights.

What do you do?

Drivers in Michigan who choose to hit the roads during snow storms have to make a lot of decisions. According to Lt. Michael Shaw of Michigan State Police, if you are involved in a crash during a brutal storm, the first decision you should make is to stay in your car.

“The safest place you can be is in your car with your seat belt on,” Shaw said. “A lot of people don’t realize how fast traffic is going on the freeway until you are standing in it.”

If possible, he said, move your car to the shoulder or to the top of the highway ramp. Michigan law requires drivers to “steer it, clear it” when a traffic accident occurs. Then, Shaw said, if drivers perceive the damage to be more than $1,000, call 911.

“Even though when we go out with all our lights, we still get hit,” Shaw said.

Good Samaritans eager to get out and help during a snowstorm should “suppress that urge” Shaw said. Take note of the exact location of the accident, and then when safely parked, call 911.

In Metro Detroit, Shaw said it is rare to see pile ups, like those elsewhere in the Midwest. Though, he said, 98 percent of the crashes MSP sees in the winter months can be avoided by driving slower and not “driving too close.”

“A lot of people think they are great drivers and they are not,” Shaw said. “Those with 4-wheel drives are known for driving faster in severe weather conditions and spin out.”

Shaw recommends if you have to drive in a winter storm, you leave early and drive at an appropriate speed.