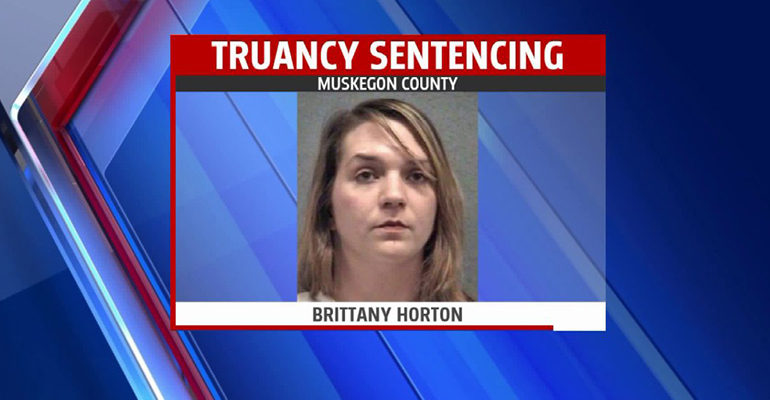 MUSKEGON — A mother was sentenced to jail time after her young child missed more than three weeks of school without a valid excuse for any of the absences, according to a report.

On November 16,  a Muskegon County judge ordered Brittany Ann Horton, 27, to spend five days behind bars and be placed on probation for nine months after pleading guilty to truancy.

“Our office does not file charges against parents who are genuinely trying to resolve the issues,” Muskegon County Prosecutor D.J. Hilson said in a statement. “The vast majority of chronic truancy cases never end up in court. However, when parents like Ms. Horton refuse to make reasonable efforts to address the truancy problem, our office is committed to making sure the children of our community are not deprived of an education.”

Prosecutors say they delayed the sentence and gave Horton another chance, but the school days kept adding up, and the child missed 26 days of school. Horton has reportedly already served the time behind bars.