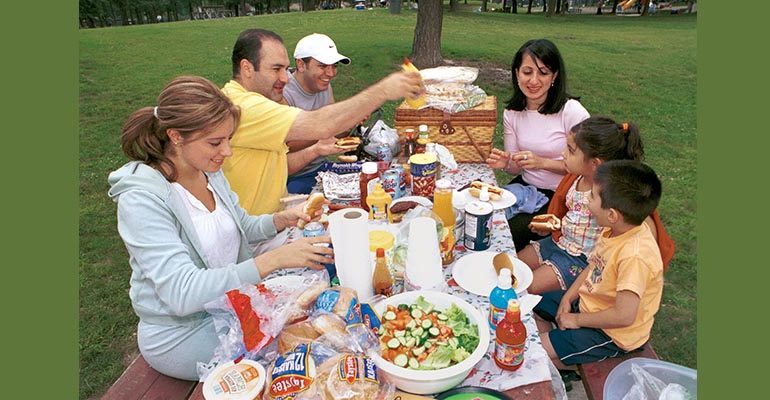 Levagood Park is a busy place for athletes, families and picnickers. In 2019, they will all be able to enjoy an expanded and renovated comfort station. - File photo courtesy of the city of Dearborn

DEARBORN – A pending renovation of the comfort station at the city’s Levagood Park will provide a more user-friendly experience in the city’s most-visited park.

At its Dec. 4 meeting, the Dearborn City Council approved a complete renovation of the bathroom facility within the park, located at Wilson Street and Silvery Lane on the city’s west side.

Construction on the facility is scheduled to be completed prior to the 2019 summer park season, according to a city press release.

The Recreation and Parks Department deemed the current restroom facility, located at the west end of the park near the baseball and softball diamonds, to be deteriorated to the point of disrepair.

The newly renovated facility will have double the amount of commodes in both the men’s and women’s restrooms to accommodate the number of park patrons and increase sanitation.

Renovating the park’s restroom facility was a priority, said Eric Peterson, deputy director of Recreation and Parks, because the current facility simply does not meet the standard of quality service the city offers its residents.

“Levagood is one of the city’s staples,” Peterson said. “It’s a busy park, so this comfort station is very important because it not only serves the people with picnic permits, the joggers and daily users, but the visitors to our athletic fields as well. We hope this will alleviate some of the traffic and make Levagood an even better place for residents to enjoy.”

Levagood Park is one of seven designated Community Parks within the city and attracts the highest number of park patrons annually.

Earlier this year, the city completed a $540,000 project to replace the restroom facility at Ford Field Park. That facility, originally constructed in the 1930s, was replaced with a modern and more energy efficient facility that includes a covered porch.

The improvements are part of the city’s ongoing efforts to modernize Dearborn’s parks to meet the needs of Dearborn residents.