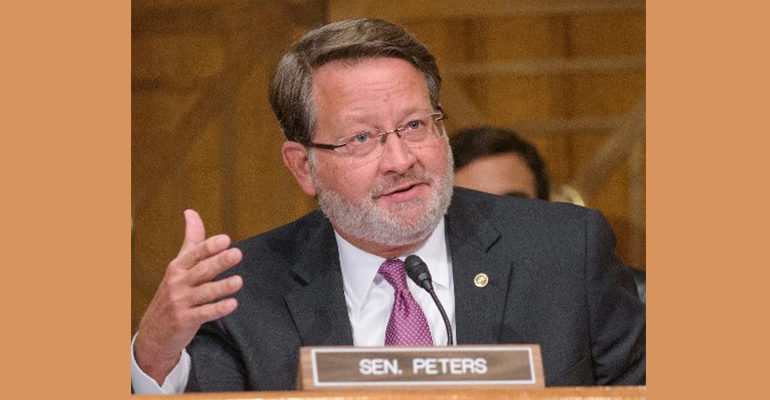 The committee is responsible for ensuring all federal departments and agencies are operating effectively and also oversees the Department of Homeland Security.

Peters previously served as ranking member of the Subcommittee on Federal Spending Oversight and Emergency Management within the Homeland Security and Governmental Affairs Committee.

“The committee plays a vital role in our nation’s security and as ranking member I will work to promote the safety and security of all communities,” Peters said. “Our country faces a number of challenges, whether it is securing our northern and southern borders, combatting cutting-edge threats like cyber attacks or ensuring local communities have the resources they need to respond to emergencies. I look forward to working with Senator Johnson and our colleagues to address these serious challenges and ensure that the communities our constituents call home are great places to live, work and raise a family.”

Sen. Ron Johnson (R-WI) is the current chairman of the committee.

Peters helped introduce the Northern Border Security Review Act, which was signed into law in 2016, to strengthen security at the border with Canada.

“I will also be focused on using the committee’s oversight role to make government work more efficiently for taxpayers,” Peters said. “Congress has a responsibility to ensure that tax dollars are being used wisely and I will continue working with my colleagues on both sides of the aisle to cut waste, reduce fraud and streamline government performance for hardworking families in Michigan and across the country.”

Peters introduced the bipartisan Federal Vehicle Repair Cost Savings Act, which was signed into law in October 2015, requiring federal agencies to encourage the use of less expensive remanufactured parts in federal vehicle repairs.