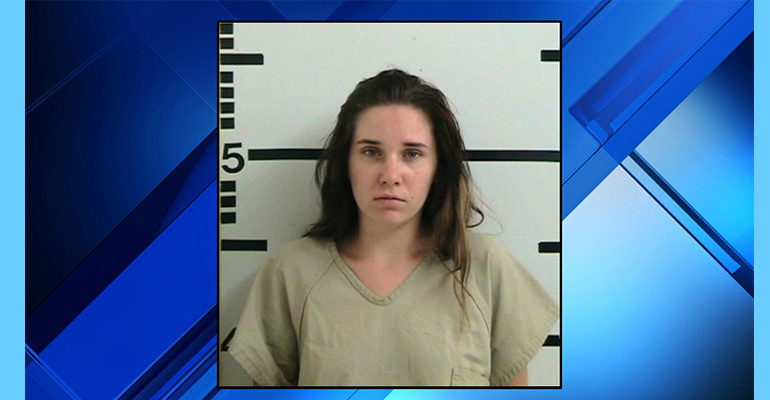 Amanda Hawkins was sentenced to 40 years in prison.

KERRVILLE, Texas — A Texas mother was sentenced Wednesday for leaving her two daughters in a car overnight while she was at a party, resulting in their deaths.

Amanda Hawkins was sentenced to 40 years in prison.

In September, Hawkins plead guilty to two felony counts of abandoning or endangering a child causing imminent danger of death, bodily injury or physical or mental impairment, and two counts of injury to a child.

“People in our community take better care of their pets than you took care of your kids,” Judge Keith Williams said, according to Hill County Breaking News.

Police said that on the evening of June 6, 2017 19-year-old Hawkins drove to a friend’s house with her daughters, 1-year-old Brynn Hawkins and 2-year-old Addyson Overgard Eddy, and left them in the vehicle overnight.

Investigators said Hawkins smoked marijuana inside a shed with several people while her daughters were in the car. They were in the vehicle for at least 10-15 hours without food or drink, according to testimony.

Police said a 16-year-old named Kevin Fenke, who didn’t want to sleep in the shed where the party happened, went to sleep in Hawkins’s car with the girls. It is alleged that Fenke woke up at 8 a.m. and rolled up the windows before turning the car off, bringing the key inside, and leaving the party. He is also charged in the girls’ death with two counts of first-degree murder.

According to testimony, Hawkins woke up around noon and had sexual intercourse with a male from the party before she went to her car and found the girls unconscious. Investigators said the outside temperature reached 89 degrees by then.

Hawkins allegedly brought the girls inside and ran cold water on them in the bathtub while searching online for ways to revive people from heat exhaustion.

Witnesses said she told people that she wouldn’t take them to the hospital because she “didn’t want to go to jail.” Two hours later, Hawkins brought the girls to a medical center before they were transferred to University Hospital in San Antonio. She told doctors that the girls had been at a park smelling flowers when they became “stumbly” and their faces turned red, according to testimony.

Hawkins maintained this story until investigators spoke with Fenke, who told them that the girls were left in the car all night.

Dr. John Gebhart testified that he stayed up for 40 hours trying to save the lives of Brynn and Addyson. He told the judge that the girls likely suffered very painful deaths and that they would have experienced loss of fluid, severe cramps, horrific headaches, shortness of breath and seizures.

“Brain swelling is what actually killed these kids,” Gebhart said.

According to testimony, Hawkins was told that she could stay at the hospital overnight with the girls, but decided to stay at a hotel because it was more “comfortable.” She didn’t return until 3 p.m. the next day.

The girls died on June 8, according to police. Hawkins was arrested on June 12 and taken to the Kerr County Jail.

“I do love them and care about them,” Hawkins said about her daughters in a statement before sentencing.

Kevin Fenke awaits trial on January 22. Officials said he is currently out on bond.