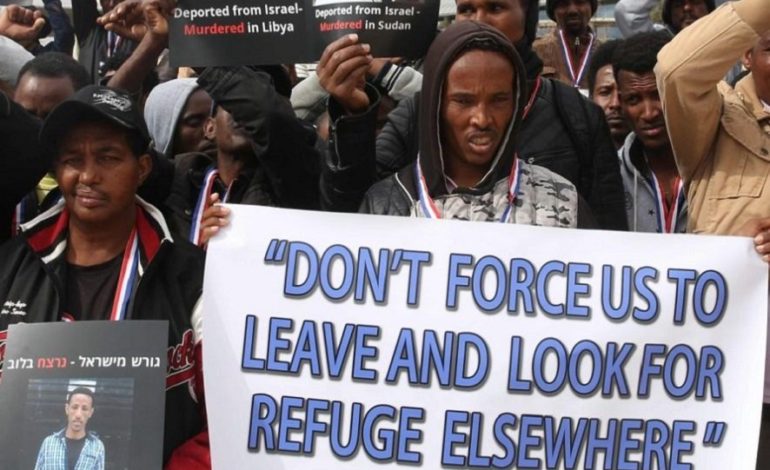 The Israeli government has reportedly issued a notice for thousands of African migrants to leave the country or face imprisonment, according to BBC News.

In return for leaving the country within the next 90 days, each migrant will be given up to $3,500, the report said, adding that they will be given the option of returning to their home country or third countries.

Those who do not leave have been threatened with jail time starting in April of this year. The Israeli government says that their proposed return will be “voluntary” and humane, but the UN refugee agency said that the plan violates both international and Israeli law.

Migrants in the country are classified as “infiltrators” by Israel’s Population and Immigration Authority, according to BBC. Currently, 38,000 of them reside in Israel, with more than 1,400 held in detention facilities. The term infiltrators is used to describe people who did not enter the country through official border crossings, the article said.

The two main sources of these migrants include Erirtrea, a northeast African country bordering Ethiopia and the Red Sea, and Sudan, where persecution and conflict are major problems.

A member of the Israeli parliament from the Likud party, Oren Hazan, said earlier that Africans have “no culture” and that Israel should stop African refugees from having children, before calling for the migrants’ removal in August 2018.