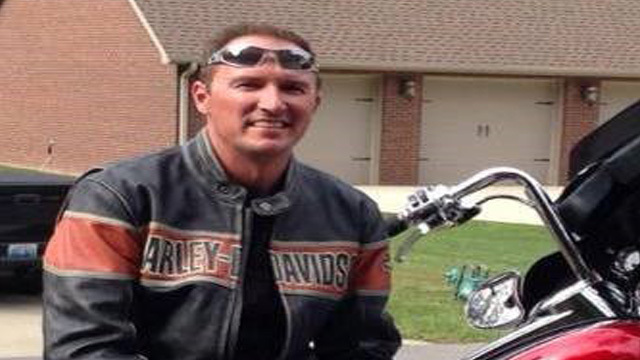 LEXINGTON, KY — The man accused of killing a local Arab American family of five in Kentucky has been identified as Joey Lee Bailey, a report from FOX 2 News said.

Bailey, was allegedly driving drunk in a Chevy pickup truck on the wrong way of I-75 for miles before hitting the Abbas family of Northville’s SUV head-on in the early hours of Sunday morning, police said, resulting in a fiery collision.

The 41-year-old stamping operator for Toyota from Georgetown, Kentucky died in the crash.

All five members of the Abbas family were killed, including Sam Abbas, Dr. Rima Abbas and their three children, 14-year-old Ali, 13-year-old Isabella and 7-year-old Giselle. They were heading back from a vacation in Florida at the time.

The family lived in Northville, with Sam working as a realtor and Rima as a physician with Beaumont.

Funeral services were expected to be held Tuesday morning with the burial to follow at the Islamic Memorial Gardens on Ann Arbor Trail in Westland. On Monday, several thousand people turned out for viewing services at the Islamic Center of America, an “unprecedented” turnout according to Publisher of The Arab American News Osama Siblani.

News of the crash spread rapidly throughout Dearborn and Metro Detroit, with thousands of comments and condolences pouring out on The Arab American News Facebook page.

“We are devastated by the tragic loss of Dr. Rima Abbas, her beloved husband and children. She was a caring mother and a dedicated family practice physician. Our hearts go out to all of her family, friends and patients during this difficult time,” said Dr. David Wood, Beaumont Health’s chief medical officer.

The local Arab American community’s grief was also encapsulated in a statement by the Arab Community Center for Economic and Social Services.

“Our hearts are broken at this horrific news. It’s a loss not only for the immediate family, but also for ACCESS and the entire Arab American community,” said Hassan Jaber, ACCESS CEO, in a statement.

“The Abbas Family lived with extraordinary purpose and devoted their talents and abilities to improve the lives of everyone they touched. There are no words to fully express what they mean to ACCESS and our community. They will forever remain in our memory.”

The family is asking for donations to Mothers Against Drunk Driving, the FOX 2 report said.