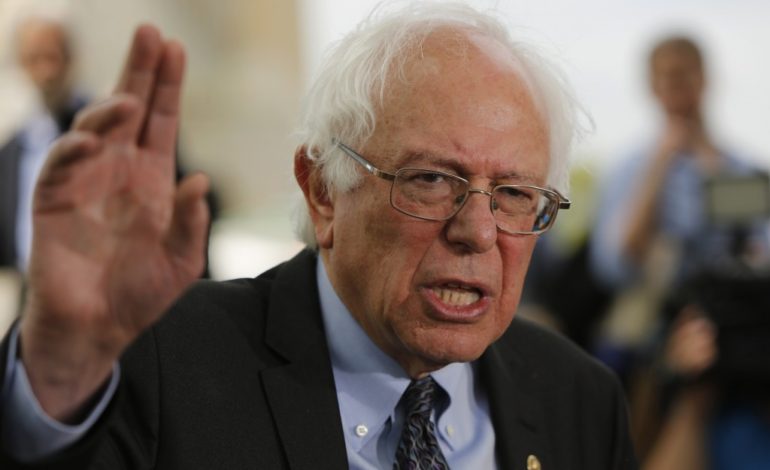 Sanders, an Independent who caucuses with Democrats, may run again for president in 2020. He tweeted out an article in the Intercept about the bill.

“It’s absurd that the first bill during the shutdown is legislation which punishes Americans who exercise their Constitutional right to engage in political activity,” he said. “Democrats must block consideration of any bills that don’t reopen the government. Let’s get our priorities right.”

The report states that Sens. Marco Rubio (R-Fla) and James Risch (R-Idaho), “last week introduced the first bill to be considered in the Republican-led Senate, consolidating four bills that languished in the last Congress.”

One of those four is legislation that, “protects states that pass laws targeting the Boycott, Divestment and Sanctions movement targeting Israel, including states that ban contracts with Israel boycotters.”