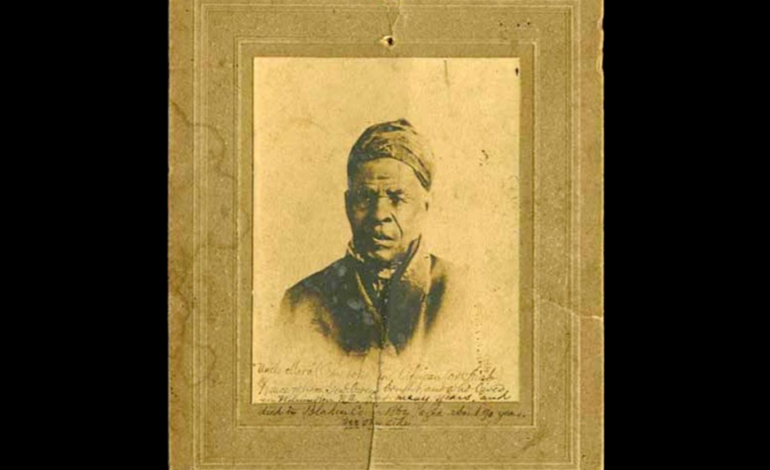 WASHINGTON, D.C. —The United States Library of Congress announced its acquisition of an extraordinary set of documents last week belonging to Omar ibn Said, who wrote what is believed to be the only surviving slave narrative of its kind in 1831.

Also known as “Morro” or “Uncle Moreau” as a slave, he had been enslaved for nearly a quarter-century and spoke very little English.

Moreau had previously been a Muslim scholar in West Africa, where he was abducted in 1807.

The collection has been posted online and can be viewed by visiting the library’s website here.

“It is very important … for many reasons,” said Mary-Jane Deeb, chief of the library’s African and Middle Eastern Division, according to The Fayetteville Observer.

“First…it’s an autobiography written by a slave while he was still a slave. He’s not a freed man. He dies a slave.” The narrative opens with Surah 67 from the Qur’an, which he is believed to have chosen because it can be viewed as a critique on the former institution of slavery. In the verse, it states that God has dominion over all things.

“Of all the chapters in the Qur’an, he picked that one,” Deeb said. “In Islam, everything belongs to God. No one really is an owner. … So the choice of that verse is extremely important. It’s a fundamental criticism of the right to own another human being.”

Collector Derrick Beard, a Muslim man who died in Las Vegas at age 59, passed away just as the library was preparing to display his prized former possession. He had advocated for the library to share the documents with the American people prior to his passing.

“He was determined that we should get it,” Deeb said. “He believed that it should be available to all Americans … not just to a private collector. It was very sad. … He was so sick. … He would say, ‘Are you buying it? Are you going to buy it?’

“A couple of months after we bought it, he died,” she said. “I can only say that he must have died happy, because the manuscript came to the library, where he wanted it to be.”

Beard had previously exhibited the document across the U.S. for 20 years.

No price was given for the purchase, but it was bought from Sotheby’s in London in 2017.

“My name is Omar ibn Said,” the author writes. “My birthplace is Fut Tur (in modern-day Senegal). … I sought knowledge (and) continued seeking knowledge for 25 years. … (Then there) came to our country a big army. It killed many people. It took me and walked me to the big Sea, and sold me into the hand of a Christian man who bought me and walked me to the big Ship in the big Sea.”

Ibn Said was likely taken to the port of Saint-Louis, now Senegal, then to Charleston, South Carolina, according to historian Sylviane A. Diouf.

It was not known who ibn Said was writing to at the time, according to Deeb, but 10 to 15 percent of slaves during the era were Muslim.

He forgot much of his native language during his time as a slave, but still managed to write documents that will go down in history.

“From Omar to Sheikh Hunter,” ibn Said writes at one point in the manuscript.

“You asked me to write my life. I cannot write my life for I have forgotten much of my talk (language) as well as the talk of the Arabs.”