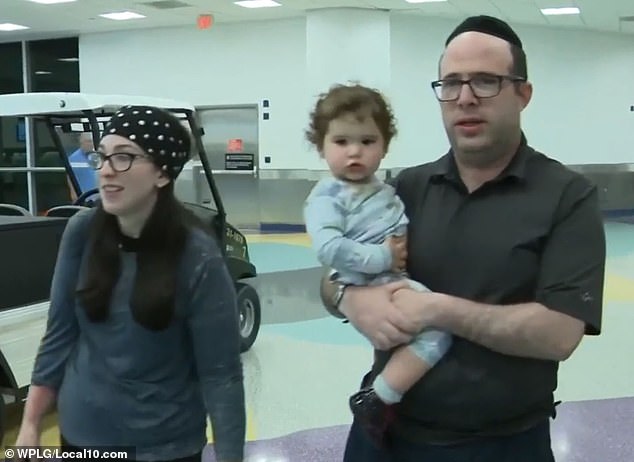 MIAMI — A Jewish American couple returning home from Miami to Detroit was kicked off an American Airlines flight for alleged “body odour” on January 23, prompting one man to accuse the airlines of religious discrimination.

Yossi Adler, his wife Jennie, and their 19-month-old daughter were kicked off after staff told them other passengers had been complaining about their odor, which led to one male staff member asking Adler if he did not shower for “religious reasons.”

“You told me for religious reasons you don’t shower? Is that what you said?” the staff member asked according to a report from The Independent.

An altercation took place after the family was thrown off the flight, which the family filmed.

During it, Yossi can be heard saying that he showers every day, to which his wife agreed.

The family was not allowed back on the flight after being kicked off.

He added that he is “very frustrated” and wants American Airlines to own up and tell him the truth.

The couple received another flight the following day and was booked in a hotel and given meal vouchers according to American Airlines, which said that “several passengers complained about their body odour.”

According to a 2016 report, American Airlines had the second-largest number of “involuntary deplanings,” at a rate of about .006%, a sizable difference from the number one such airline, Southwest.

Being kicked off of planes is also a problem for both numerous Arab and Muslim Americans, who say they are singled out for using Arabic and Islamic phrases or simply making other passengers feel “uncomfortable.”

Watch a video of the incident below from NBC News: