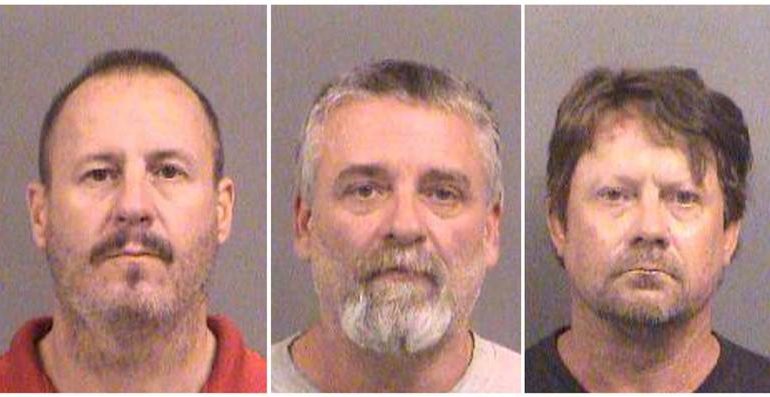 WICHITA, Kansas – A federal judge sentenced three white men to 25, 26 and 30 years in prison on Friday for a 2016 plot to bomb a Kansas apartment complex that is home to Somali immigrants and their mosque.

U.S. District Judge Eric Melgren in Wichita, Kansas sentenced Curtis Allen and Gavin Wright to 25 years and Patrick Stein to 30 years on the charge of conspiring to use “a weapon of mass destruction.”

Melgren also sentenced Allen, Stein and Wright to 10 years in prison for conspiring to violate the civil rights of their intended victims. The sentences on the two charges will run concurrently. The men, described by prosecutors as members of a right-wing militia group, were found guilty in April.

In addition, Wright was sentenced to one year in prison for lying to the Federal Bureau of Investigation. This sentence will be served consecutively.

“I hope this sends a message the U.S. is a place that protects all cultures and all religions,” Stephen McAllister, U.S. Attorney for Kansas, told a news conference.

In an emotional statement in court before he was sentenced Allen, who had served in the U.S. Marine Corps, said: “I’m just ashamed of myself and I’m sorry.”

The men plotted to detonate explosive-laden vehicles at the four corners of the mosque and housing complex in Garden City, a town of about 27,000 people in southwest Kansas, aiming to level the building and kill its occupants, prosecutors said.

Officials investigated the plot for several months as the men stockpiled guns and explosives in preparation for attacking the apartment complex, where about 120 Somali immigrants lived, authorities said.

Prosecutors said the men wanted to send a message to Somali immigrants that they were not welcome in the United States.

Authorities said the three men were members of a militia called the Kansas Security Force and formed a splinter group, the Crusaders. They tried unsuccessfully to recruit others to join their plot, prosecutors said, and it was one of those men who tipped off the FBI to the plan.