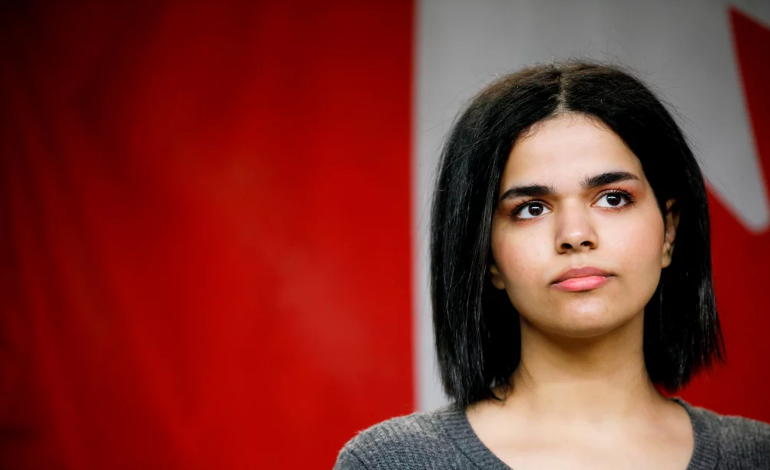 TORONTO — Saudi Arabian teenager Rahaf Muhammad’s fleeing her native country over alleged family abuse and arrival here has shed light on a growing trend of Gulf Arabs leaving the region, as highlighted in a recent report from The Economist.

Thousands of other Saudis have been quietly leaving the kingdom, which is one of the most restrictive in world, particularly in regards to women’s rights which are dictated by a guardianship (wilaya or wisaya) system granting authority to male spouses and relatives.

In Muhammad’s case, she had hoped to end up in Australia, but still is relieved to be a in a country far away from her father, a provincial governor, who she believes would kill her.

Other Gulf countries are feeling the sting of citizens leaving as well, including the United Arab Emirates, where about three times as many people sought asylum in 2016 as in 2012. Qatar’s count doubled in the same time frame, although Saudi Arabia has seen the biggest increase.

Political activity is “ruthlessly punished” in these countries, the report noted, and the UAE has even rounded up activists and increased domestic surveillance programs on them.

The story of journalist Jamal Khashoggi is another illustrating the culture of repression and fear critics say permeate these Gulf states.

Khashoggi left Saudi Arabia to exile himself in America, fearing that he would be killed in the kingdom. His fears were confirmed when he was murdered by Saudi agents in Istanbul, Turkey last October, the Economist article said.

Travel to different parts of the world including London and Washington, D.C. is a favorite pastime of liberal Saudi Arabians who can afford it.

The kingdom may not be able to keep up its repressive policies for much longer, however, as its actions have led to isolation and condemnation from the outside world, including Canada.

A January report from the New York Times also detailed the plight of Saudi Arabian women, including Moudi Aljohani, who moved to the U.S. as a student and has applied for asylum.

“As Saudi women, we are still treated as property that belongs to the state,” she said. “It doesn’t matter if the woman has any political views or not.

“They are going to go after her and forcibly return her.”