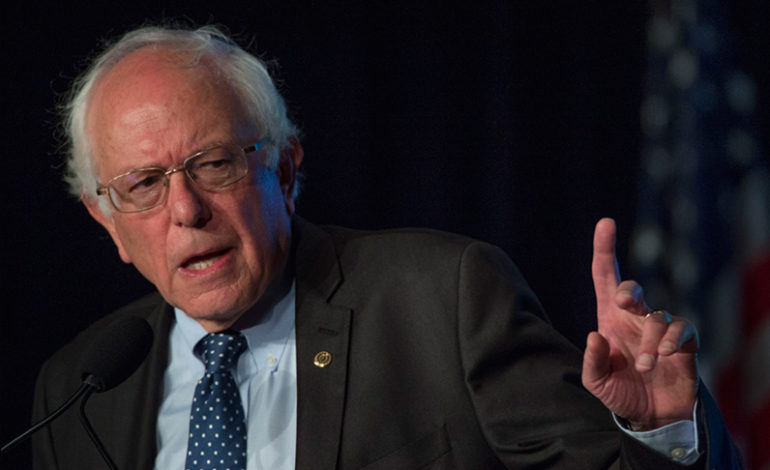 WASHINGTON, DC — Senator Bernie Sanders (I-VT) sent a letter to Catalyst Pharmaceuticals on Monday asking it to justify its decision to charge $375,000 annually for a medication that for years has been available to patients for free, according to Reuters.

The drug, Firdapse, is used to treat Lambert-Eaton Myasthenic Syndrome (LEMS), a rare neuromuscular disorder, according to the letter, made available to Reuters by the senator’s office. The disorder affects about one in 100,000 people in the United States.

The government is intensifying its scrutiny of the pharmaceutical industry and rising prescription drug prices, a top voter concern and a priority of President Trump’s administration.

Both the Democratic-led U.S. House of Representatives and the Senate, which is controlled by Republicans, have begun holding hearings this year on the rising costs of medicines. Sanders is an Independent who usually votes with Democrats. In the letter dated Feb. 4, Sanders asked Catalyst to lay out the financial and non-financial factors that led the company to set the list price at $375,000, and say how many patients would suffer or die as a result of the price and how much it was paying to purchase or produce the drug.

For years, patients have been able to get the same drug for free from Jacobus Pharmaceuticals, a small New Jersey-based drug company, which offered it through a U.S. Food and Drug Administration (FDA) program called “compassionate use.”

The program allows patients with rare diseases and conditions access to experimental drugs outside of a clinical trial when there is no viable alternative.

Florida-based Catalyst received FDA approval of Firdapse in November, along with exclusive rights to market the medication for several years. The company, which bought rights to the drug from a company called BioMarin in 2012, develops and commercializes drugs for rare diseases.

BioMarin and FDA did not immediately respond to requests for comment.

In December, Catalyst announced it would price Firdapse at $375,000 a year.

“Catalyst’s decision to set the annual list price at $375,000 is not only a blatant fleecing of American taxpayers, but is also an immoral exploitation of patients who need this medication,” Sanders wrote in his letter.

Sanders joins other U.S. lawmakers in investigating the pricing practices of pharmaceutical companies this year.

Democratic Representative Elijah Cummings of Maryland, chairman of the House Oversight Committee, in January wrote to 12 pharmaceutical firms asking for detailed information on how they set drug prices.

Democratic Representatives Frank Pallone of New Jersey and Diana DeGette of Colorado wrote to the heads of Eli Lilly and Co, Novo Nordisk and Sanofi SA, the long-time leading manufacturers of insulin, requesting information on why the drug’s price has skyrocketed in recent years.