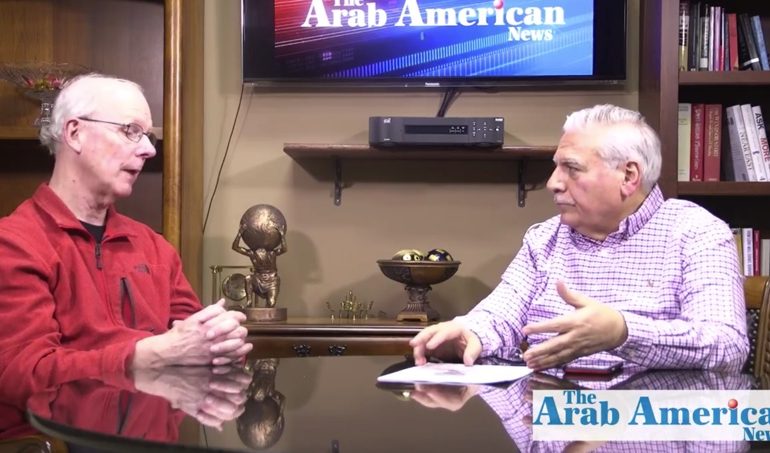 DEARBORN — Veteran journalist and former Detroit Free Press writer Bill McGraw worked as a contributing editor for the Dearborn Historian, a quarterly magazine for members of the Dearborn Historical Museum, from May 2018 until the most recent edition of the publication resulted in his firing.

In an interview with The AANews, McGraw said he thinks he was fired by either Dearborn Mayor Jack O’Reilly or Jack Tate, curator of the Dearborn Historical Museum.

He also said Mayor O’Reilly ordered that the issue, which contained an  account of Henry Ford’s very public history of anti-Semitic rhetoric, not be sent out to subscribers.

The article or portions of it have now appeared in the New York Times and many other publications. Deadline Detroit, which McGraw co-founded, published a full version of the article online Friday, Feb. 1, with the Dearborn Historical Commission’s permission.

Henry Ford took over a small paper called the Dearborn Independent in 1919, rebranded it as The Ford International Weekly and published until around 1924, according to McGraw. It was one of the most circulated newspapers of its time.

This January marked the 100th anniversary of Ford’s acquirement of the newspaper. “Henry Ford did not like Jews,” McGraw said. “Ford took this little tiny local paper and made it a nationwide paper.”

He added that it was a very controversial paper because of Ford’s attacks on Jews.

He said Presidents Taft and Wilson protested the newspaper, as did many other public figures, whether Jewish or not.

McGraw also said he decided to write the story for the most recent issue because of the modern use of Ford’s anti-Semitic statements.

“In doing research for the story I found that the things that Henry Ford and his people put out in the 1920’s are circulating very heavily on the websites and online forums of hate groups,” he said. “So Henry Ford, according to an expert I interviewed, is like a living breathing icon of hate to a lot of people in America.”

Last November, the Federal Bureau of Investigation released data showing hate crimes against Jews and Jewish institutions in the U.S. rose 37 percent from 2016 to 2017. Muslims were the second most frequently targeted with an 18.6 percent increase. Veteran journalist Bill McGraw speaks about Mayor Jack O’Reilly decision to conceal The Dearborn Historian quarterly edition and fire him from his part job as an editor. – Photo by The Arab American News

“It’s going on right now as we speak,” McGraw said. “So I thought this was really the appropriate time to do it.”

He said what he thinks is the most disturbing thing about Ford is that experts believe he influenced Adolf Hitler.

Ford published and distributed a set of four pamphlets called “The International Jew”, a collection of anti-Semitic articles from the Dearborn Independent.

“They translated those into 12 different languages and circulated them all over Europe, especially Germany,” McGraw said.

Ford is the only American mentioned by name in Hitler’s autobiography, “Mein Kampf.”

“There’s no doubt that Ford influenced Hitler as he was forming his ideology and becoming more powerful,” McGraw said. “That’s a really disturbing thing to deal with.” In an article by the New York Times on Saturday, Feb. 2, O’Reilly said he thought it was irresponsible to present Ford’s offensive opinions considering Dearborn’s ethnic diversity.

“It was thought that by presenting information from 100 years ago that included hateful messages — without a compelling reason directly linked to events in Dearborn today — this edition of The Historian could become a distraction from our continuing messages of inclusion and respect,” O’Reilly said in a statement to the New York Times Friday.

“I think Dearborn residents are mature enough to handle something like this,” McGraw said in response. “I did as much research as I could and brought forward what [historians] have done. I’m not a historian, I’m a journalist.”

He also said no one has refuted any facts in the article.

McGraw added that a database of the Dearborn Independent newspapers are archived on the Dearborn Historical Museum’s website, but there’s nothing about Ford’s anti-Semitic rhetoric.

“The person who’s the patriarch of your town happens to be someone who was maybe the most influential anti-Semite in world history,” he said. “I think it’s natural for us to do a story.”

During the interview Osama Siblani, publisher and editor of The AANews, told McGraw the Arab American community has nothing to do with O’Reilly’s decision to hold back the issue.

“Islamophobia and anti-Semitism, they go hand in hand,” Siblani said. “We understand the suffering, we understand the stigma that has been following our Jewish community and also the Arab and Muslim communities in the United States.”