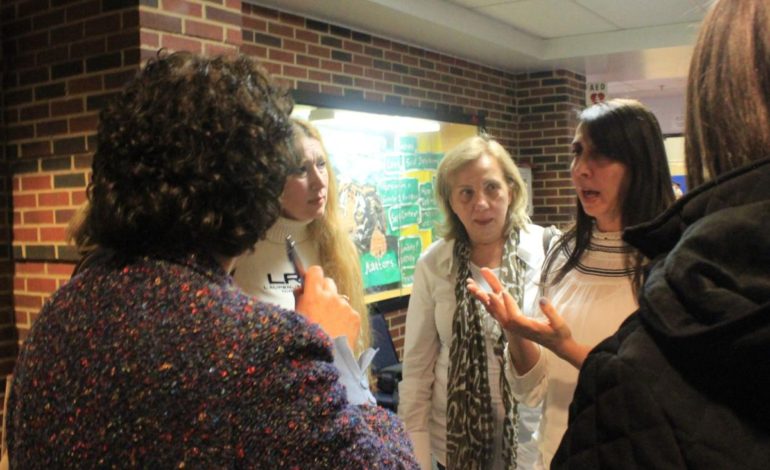 FAIRFAX, VA — Stereotypes are a challenge for minorities and immigrants of all backgrounds, but they can be especially daunting for Arab American women.

One of the best ways to dispel them is to become more engaged with others according to the National Arab American Women’s Association, which recently announced plans to help change them among Arab American women by focusing on involvement, outreach and challenging barriers, instead of simply complaining about them.

“We believe in engagement; it’s not a social club,” said Jihan Andoni, the group’s outgoing president, to the Fairfax County Times in Virginia recently.

“It’s serious organization that gets us engaged with the American community, the educational system and the political system, and allows us to share our stories, to be involved and have a seat at the table. We want to fight to have a seat and a say.”

The all-volunteer organization led by Nada Kiblawi, Ghada Barakat, Mona Sadeq, Hanan Younes-Moore and others started in 2015 and will be hosting its annual dinner on April 7.

Its goal is to create a platform for the powerful voices of Arab American women for causes and actions that strive to achieve social justice, protect human rights and civil liberties, and provide a welcoming environment for women and families to prosper and thrive, according to its website. The group also stands against discrimination and works to uphold and promote the rich Arab culture and heritage.

“We want to give a good example for other organizations of how democracy can be really done; a president is not a president forever,” Andoni said. “We need new people and the younger generations to get engaged. We all work as a team.”

She added that she now leads the educational committee.

Andoni has previously held several positions at the Center for Responsive Politics.

Ilham Nasser, a professor with a focus on curriculum and instruction in social studies content to young children, is a member of the group’s educational outreach committee. She spoke at a local school board meeting on February 7 on the biases of history books against the Arab world.

“I spent 16 years of my life as a professional, as a professor teaching curriculum and instruction in social studies content to young children,” Nasser said. “I am also a mom; both of my children went to Fairfax County Public Schools and they lived through the misinformation and misperception about who they are as Arab American and Palestinian American citizens of our country, the United States.”

She shared the example of a textbook as well as the group’s push for more objective curriculum based on the United Nations’ resolutions as a global entity.

Simply broaching the subject can be difficult for anyone, especially Arab American women.

“When we started, we were intimidated because we knew our words could be taken in another route,” Andoni told the Times. “Even about the curriculum, you may be described as anti-Semitic, and for many of us the Israeli-Palestinian conflict is sensitive, right?

“So we need to be objective and look at the facts,” she added.

The group hopes to take its educational outreach program national in the near future, and to continue its outreach efforts.

To become a member, you must be a U.S. citizen and an Arab American or married to an Arab American. The group’s annual membership fee is $50. For more information, visit its website at //naawa.org/.