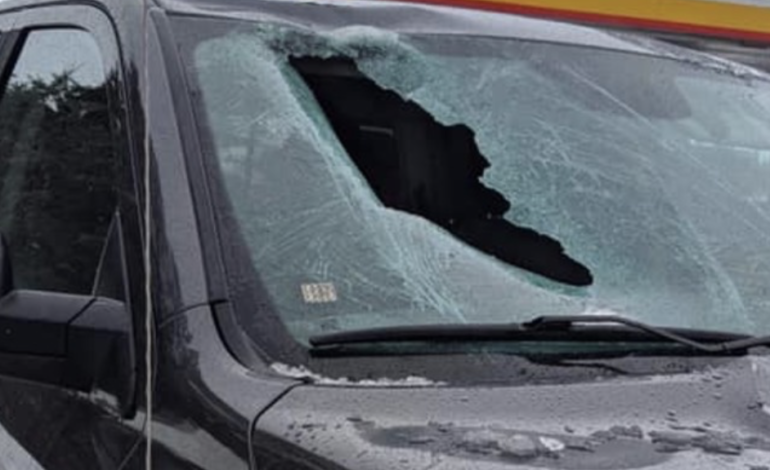 MACKINAC COUNTY, Mich — A driver crossing the Mackinac Bridge suffered injuries after a chunk of ice went through his windshield Sunday.

According to a passenger in another car, Nicole Rogers, the car crossed the bridge toward the Lower Peninsula at about 10:15 a.m. when they saw ice falling from the top of the bridge.

Rogers said the car moved to the left lane to try and avoid the huge chunks of ice as much as possible but they were falling all around them.

The truck in front of Rogers’ car suffered the damage.

According to Rogers only the driver was in the truck at the time of the incident.

Rogers said the man had little cuts all over him but not severely injured from the ice.

According to Mackinaw City Police, the same incident happened to another vehicle and the bridge would be closed.