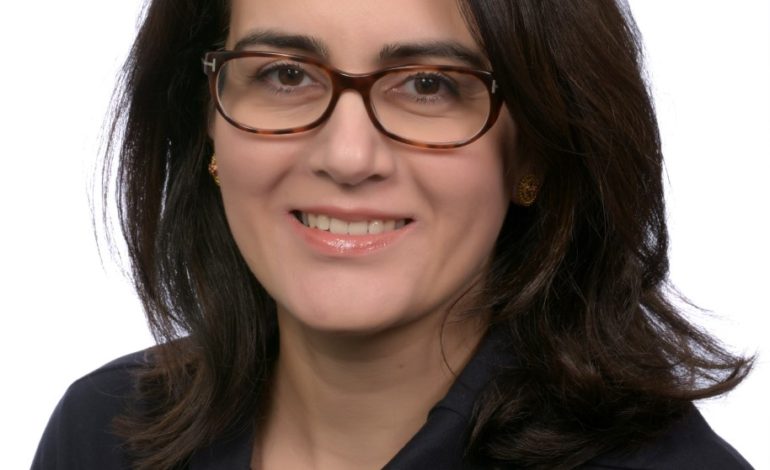 Fluent in English and Arabic, Abouali has worked in the higher education, cultural heritage and museum sectors in the U.S., Palestine and Jordan. She will begin her tenure as AANM director on April 1.

“We are confident that with Diana’s impressive background and innovative outlook, she is the best choice to lead our Arab American National Museum,” said Hassan Jaber, ACCESS executive director and chief executive officer. “We at ACCESS are all excited to work with Diana to help the Museum deliver on its mission of telling the story of Arab Americans.”

From 2004 to 2012, Abouali taught at Dartmouth College, first as lecturer then as assistant professor, offering courses in Arab-Islamic civilization, gender studies, the social history of the Middle East and Arabic language.

After 22 years in the U.S., Abouali moved to Ramallah, Palestine, to work as head of research and collections at the newly-established Palestinian Museum (which opened to the public in 2016 in Birzeit).

Relocating to Amman, Jordan, in 2014, she worked as director of education, outreach and awareness at the Petra National Trust and later as a senior consultant for Turquoise Mountain in Jordan. She was project manager at Tiraz: Widad Kawar Home for Arab Dress on an AHRC-ESRC Global Challenges Research Fund (U.K.) project, in cooperation with Plymouth University and the Information and Research Center-King Hussein Foundation, which studied the resilience of male Syrian artisan refugees in Jordan.

In that position, she co-produced a bilingual training program and toolkit in social-enterprise creation as a way to preserve cultural heritage. She has organized and delivered cultural heritage education workshops to Syrian children and women in the Azraq and Zaatari refugee camps, and she occasionally teaches college-level courses in the U.S. and Jordan.

Abouali becomes the third director of AANM, following founding director Dr. Anan Ameri, who joined ACCESS in 1997, opened the Museum in 2005 and retired in 2013, and Devon Akmon, the former curator of community history and deputy director, who led the Museum from 2013 through 2018.