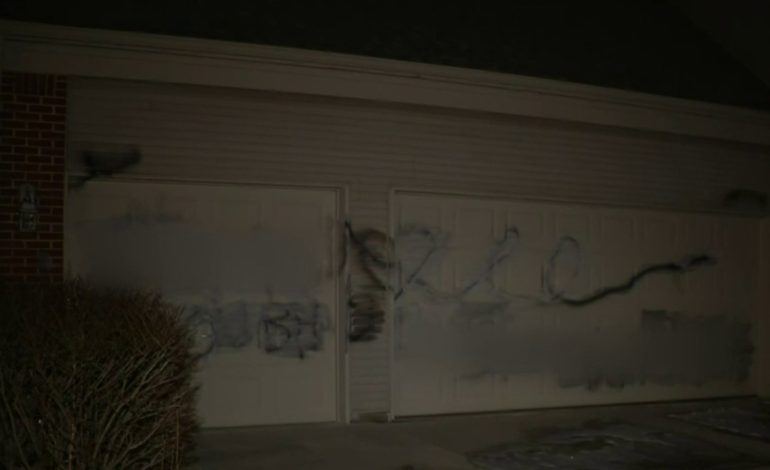 FARMINGTON HILLS, MI — The Council on American-Islamic Relations of Michigan (CAIR-MI) has called on the Washtenaw County prosecutor to charge the suspect in the vandalism of a Ypsilanti man’s home under the state’s ethnic intimidation statute, a news release said.

Early last Thursday morning, an Arab American man discovered the racial slur “sand (n-word)” spray-painted on his garage door. He noticed the words after waking up at 5:30 a.m. and pulling out of his driveway, after which he immediately spray-painted over them.

Neighbors said the man lived in the area for three years and hadn’t had any problems up until the incident.

“It’s kind of shocking, especially in a neighborhood like this,” neighbor Randy Kendrick told ClickonDetroit.com. “It’s a pretty diverse neighborhood as it is.”

“It’s tragic and sad [that] people stoop this low just because someone else is different,” neighbor Marvin Wright added, according to the report.

According to the Wayne County Sheriff’s Office, a suspect has been found for the crime and that the perpetrator knows the victim. The office also stated that the vandalism of the victim’s house was not motivated by racial or ethnic animus, CAIR-MI said.

“We call on the Washtenaw County prosecutor to treat this recent vandalism in which a despicable racial slur was used as an act prosecutable under our state’s ethnic intimidation law,” said CAIR-MI Executive Director Dawud Walid. “This crime clearly fits in the guidelines of a crime meant to intimidate or harass someone based on their ethnicity as any vandalism at an Arab American’s home using the slur ‘sand (n-word)’ has clear racist import.”

Walid also said that prosecutors have the responsibility to charge suspects under hate crime statutes in order to serve as deterrents showing that such crimes are not acceptable.