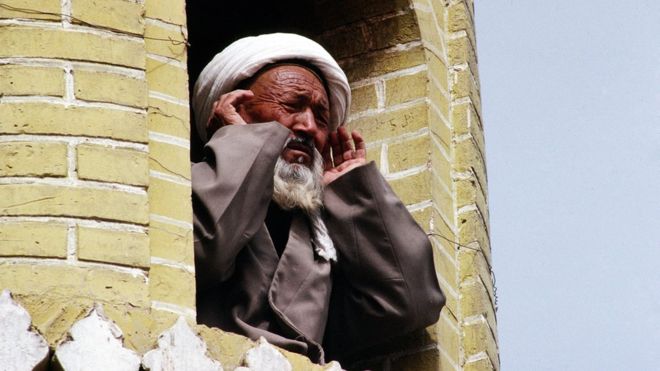 RIYAHD — Saudi Arabia’s crown prince Mohammed bin Salman defended China’s right to use concentration camps for Muslims on Friday, saying it was Beijing’s “right” according to the Telegraph newspaper.

“China has the right to carry out anti-terrorism and de-extremization work for its national security,” Salman said while in China signing multi-million dollar trade deals much to the chagrin of the country’s Western allies.

Chinese leader Xi Jinping told Salman that the two countries must strengthen international efforts to “prevent the infiltration and spread of extremist thinking,” the report said.

The Uighur are an ethnic Turkic group that practices Islam and lives in Western China and parts of Central Asia. A surveillance regime has been instituted after allegations that the minority in the Western Xinjiang region supports terrorism.

The groups have previous appealed to Salman to take up their cause, as the kingdom, despite being criticized for its lack of support for Palestinians and other oppressed citizens in the Middle East, has nevertheless defended the rights of certain Muslim groups worldwide.

In contrast, Recep Tayyip Erdogan, the president of Turkey, recently condemned China, calling its treatment of the Uighur population “a great cause of shame for humanity” last month and asking it to close the “concentration camps.”

He also once accused China of genocide in regards to the situation, but has since worked to establish closer diplomatic and economic ties.

A recent report in the New York Times added that China has been working with a Massachusetts based company to construct massive surveillance systems, using DNA tests to track its people closely.

The camps for Muslims are referred to by leaders in China as “re-education camps”, although many world leaders and human rights groups say the definition is far too mild.