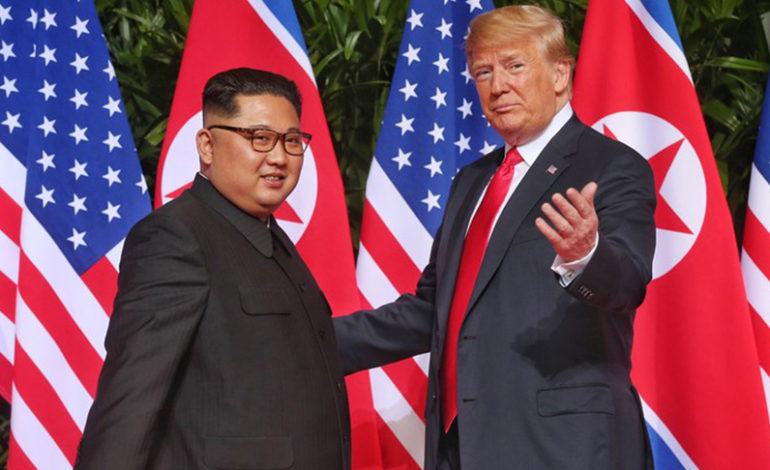 HANOI, VIETNAM— A summit between President Trump and North Korea’s Kim Jong Un was cut short on Thursday after no agreement was reached.

Kim reportedly asked for an end to all U.S. sanctions on his country.

The two sides look forward to meeting the future, she added.

Trump and Kim appeared close to normalizing relations between the two nations, which are technically still warring, but a sought-after end to North Korea’s nuclear program was not accomplished.

“We just want to do the right deal,” Trump said.

Kim had the following to say when asked if he was ready to denuclearize.

“If I’m not willing to do that I won’t be here right now,” he said.