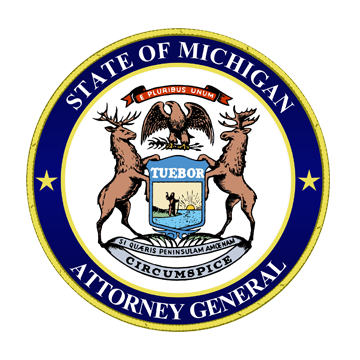 “More than 73,000 older adults in Michigan are victims of elder abuse,” said Nessel. “They experience physical abuse, financial exploitation, emotional abuse, or neglect. The symptoms and treatment of abuse against our most senior population are complex and demand a concerted effort by this state to tackle what is an often unrecognized and unreported social problem. That’s why we have brought together dozens of different organizations to work collectively and collaboratively to tackle the challenge.”

Like many aspects of domestic abuse, elder abuse includes being a vulnerable victim with emotional ties to the perpetrator, isolation from community resources and family support systems, and substantial underreporting as a result of fear, shame, humiliation, or misplaced affection.

Seventy-two-year-old Dennis Burgio was a victim of elder abuse. The Macomb resident lost his entire savings because a close friend took advantage of their relationship.

”He was like the son I never had … I trusted him unconditionally,” said Burgio. “We loved him.”

Burgio had to postpone his retirement for at least five years. “I am fortunate. By the grace of God I can continue to work to rebuild some of my savings. It is more difficult because my wife has health issues. However, our family is supportive and able to help us.”

Nessel urged Michigan residents to report any signs or concerns about elder abuse to her office, which has established an elder abuse hotline for anonymous tips: 800-24-ABUSE (800-242-2873) or online at www.mi.gov/elderabuse.

The state has initiated efforts to address these issues in the past, including a 1998 Supreme Court Task Force on Guardianships and Conservatorships and a 2007 Governor’s Task Force on Elder Abuse. While some recommendations were adopted, there are still gaps to be filled, including protecting vulnerable adults from caregiver influence or undue influence, increasing maximum penalties for abusers, creating a special prosecutor for elder abuse, requiring mandatory reporting of deaths in facilities caring for vulnerable adults, and developing local level multi-disciplinary elder abuse community investigation teams.