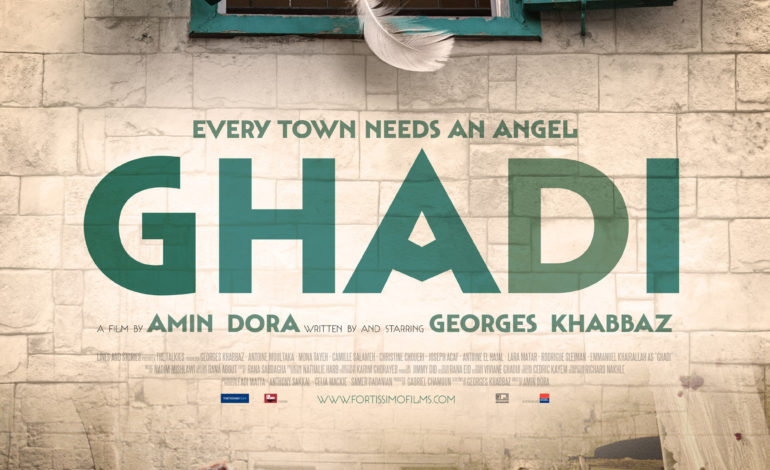 Ghadi movie poster will be displayed at the Lebanese Film Festival

DEARBORN – The Consulate General of Lebanon in Detroit announced the first annual Lebanese Film Festival, to be held on April 6 from 12:30 to 6:30 p.m. at the Ford Community and Performing Arts Center in Dearborn.
The festival is the first of its kind in Michigan and will display three films produced, directed and shot in Lebanon by Lebanese filmmakers and producers. Admission is free and the public is invited to attend. No reservations are required.
“We are proud to showcase Lebanese art and culture in Metro Detroit,” said Consul General Suzan Mouzi-Yassine. “The festival aims to share the great talents of Lebanese filmmakers by showing three films with compelling stories.”
The following films will be screened on April 6 with English subtitles:
“Nour” at 12:30 p.m.
When 15-year-old Nour is forced to marry Maurice, whom she despises, her carefree summer days morph into claustrophobic confinement and household chores. Nour mourns her lost childhood and shattered dreams.
Trailer: https://www.youtube.com/watch?v=bXnxapOilz8
“Ghadi” at 3:15 p.m.
Ghadi is different from other kids; could he be an angel? His father Leba, along with his teammates, tricks the town into believing so.
Trailer: https://www.youtube.com/watch?v=Q-3NH0BDRYM
“Mahbas” at 5 p.m.
Therese, the mayor’s wife in a Lebanese village, joyfully prepares for an overnight visit from her daughter’s suitor and his parents. She excitedly shares the happy news of the engagement with pictures of her beloved brother who was killed 20 years ago and is still bizarrely present in every corner of her house. But after meeting the family, will she still let the marriage happen?
Trailer: https://www.youtube.com/watch?v=Lc5G6-pHPPA
The festival is organized and hosted by the Consulate General of Lebanon. An opening ceremony and reception will begin at 2 p.m. and finger food will be served.
“Lebanon is known around the world for its rich culture and diversity,” Mouzi-Yassine said. “With the large population of Lebanese Americans in Metro Detroit, the film festival is also an important opportunity to open dialogue about social issues presented in the three films.”
The Ford Performing and Community Arts Center is located at 15801 Michigan Avenue, Dearborn. 48216. For more information, call the box office at 313-943-2350.