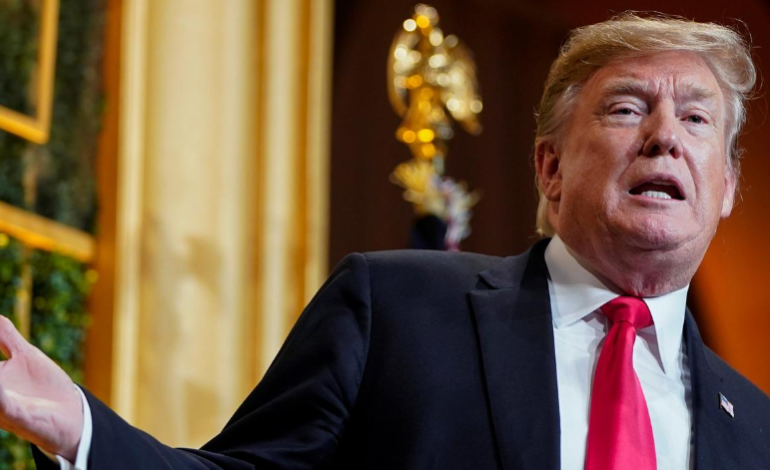 WASHINGTON, D.C. — The U.S. House of Representatives approved a resolution on Thursday that would end all U.S. involvement with the Saudi Arabia-led coalition in the war in Yemen, rebuffing President Trump’s policy of continued support for the kingdom.

As the resolution had already passed the Senate, the vote in the Democratic-led House sends the measure to the White House, which said last month Trump would issue a veto. It would be the second of his presidency.

The vote in the House was 247-175, with 16 Republicans joining the majority Democrats in backing the rare use of the War Powers Act, which limits the president’s ability to send troops into action.

Thursday’s vote marked the first time both chambers of Congress have supported a War Powers resolution.

“The president will have to face the reality that Congress is no longer going to ignore its Constitutional obligations when it comes to foreign policy,” Representative Eliot Engel, the Democratic chairman of the House Foreign Affairs Committee, said before the vote.

Still, neither the House tally nor the 54-46 bipartisan vote in the Senate, where Republicans have a slim majority, would be enough to override a veto.

The four-year-long civil war in Yemen, which pits the Saudi-led coalition against Houthi rebels backed by Iran, has killed tens of thousands of people and spawned what the United Nations calls the world’s most dire humanitarian crisis, with the country on the brink of famine.

Backers of the War Powers resolution said the Saudi-led bombing campaign in Yemen had made the humanitarian crisis worse, harshly criticizing Riyadh for killing civilians.

They also argued that U.S. involvement in Yemen violated the Constitutional requirement that Congress, not the president, should determine when the country goes to war.

Defense Department spokeswoman Commander Rebecca Rebarich said in a statement after the vote that new restrictions on U.S. military support could “increase civilian casualties, jeopardize cooperation with our partners on counterterrorism, undercut U.N.-led peace negotiations at a critical point and embolden Iran.”

Getting the measure passed took months, but support grew after the murder of Saudi journalist Jamal Khashoggi, a U.S. resident and Washington Post columnist, at a Saudi consulate in Turkey in October.

Both Democrats and Republicans have said they believe Saudi Arabia’s powerful Crown Prince Mohammed bin Salman was responsible for Khashoggi’s death. Riyadh has denied he ordered the killing.

Overcoming Trump’s veto would require two-thirds majorities in both the Senate and House.