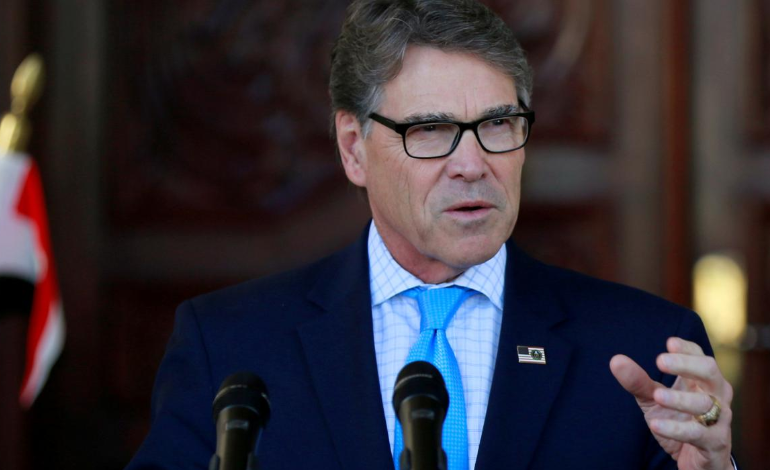 WASHINGTON, D.C. — On Tuesday, U.S. senators from both parties asked Energy Secretary Rick Perry for details about recent approvals for companies to share nuclear energy information with Saudi Arabia, with the lawmakers expressing concern about possible development of atomic weapons.

Saudi Arabia has engaged in “many deeply troubling actions and statements that have provoked alarm in Congress,” Senators Bob Menendez, a Democrat, and Marco Rubio, a Republican, told Perry in a letter, a copy of which was seen by Reuters.

The senators said Congress was beginning to reevaluate the U.S.-Saudi relationship and that they believe Washington should not be providing nuclear technology or information to Saudi Arabia.

The Trump administration has been quietly negotiating a deal that would potentially help Saudi Arabia build two reactors.

Last week news reports revealed that since November 2017, Perry has authorized so-called Part 810 approvals allowing U.S. companies to share sensitive nuclear information with the kingdom. The approvals were kept from the public and from Congress.

While 810 agreements are routine, the Obama administration made them available for the public to read at the Energy Department. Lawmakers say the department is legally required to inform Congress about the approvals.

Perry approved the seven recent authorizations as the administration has tried to hash out nonproliferation standards with Saudi Arabia. Such a pact, known as a 123 agreement, would have to be agreed before U.S. companies can share physical exports of materials and equipment to build reactors.

The United States has been competing with South Korea, France, Russia and China on a potential deal to help build reactors in Saudi Arabia. The kingdom is expected to announce the winner this year.

Lawmakers from both parties have been concerned about Saudi Arabia’s bombing campaigns in Yemen, which is on the brink of famine, and the killing of journalist Jamal Khashoggi, a U.S. resident, last October in the Saudi consulate in Istanbul.

Concern in Congress grew last year after the kingdom’s Crown Prince Mohammed bin Salman told CBS that “Saudi Arabia does not want to acquire any nuclear bomb, but without a doubt if Iran developed a nuclear bomb, we will follow suit as soon as possible.”