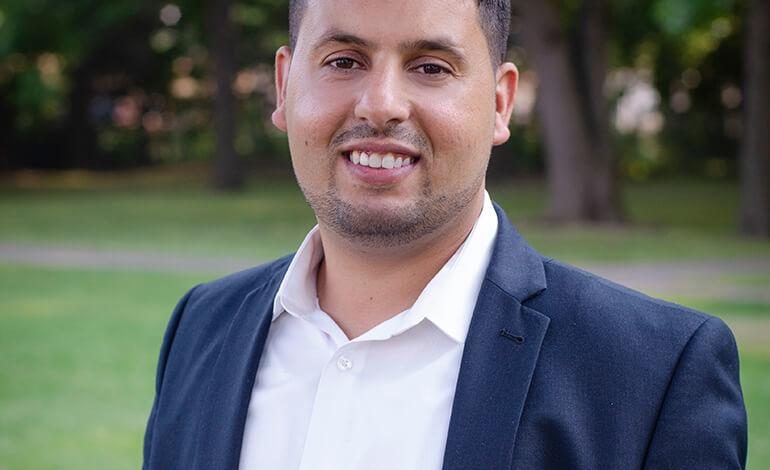 DEARBORN — Two-time candidate Adel Mozip was appointed to fill a vacant board seat for both the school district and Henry Ford College on Tuesday, filling the seats that once belonged to current Michigan Solicitor General Fadwa Hammoud.

Mozip emerged from a field of 11 candidates who applied to fill the seat, which became open after Hammoud told the board she was concerned about a potential conflict-of-interest and vacated it.

“I’m truly humbled and honored to earn the appointment to our Dearborn Public Schools Board,” Mozip said following his appointment.

“Thanks to God almighty for granting me the opportunity to serve you all. Thanks to all those who have supported me all the past years in this journey. Special thanks to my family for giving me the support, and special thanks to the trustees for entrusting me with this honor.”

Mozip, a Yemeni American, previously ran for the school board in 2018 and 2016, coming in third for two open positions in both elections.

He is a 2004 graduate of Fordson High School and also graduated in 2008 from the University of Michigan-Dearborn with a degree in Computer Engineering and a minor in Computer Science. He also has an MBA from Wayne State. During his final year at U of M-Dearborn, he founded what is now called the American Association of Yemeni Students and Professionals.

Mozip also served on the District’s 2015 Strategic Plan Committee and the Governor’s Commission on Middle Eastern American Affairs. He has been involved in the Rotary Club of Dearborn, the League of Women Voters in Dearborn and Dearborn Heights, and in the Eastborn Neighborhood Association.

He is married with two children.

Mozip will serve until November 2020 after results are certified from the next school board election. He will be sworn in and begin his term at the beginning of the HFC meeting on Monday, April 15.