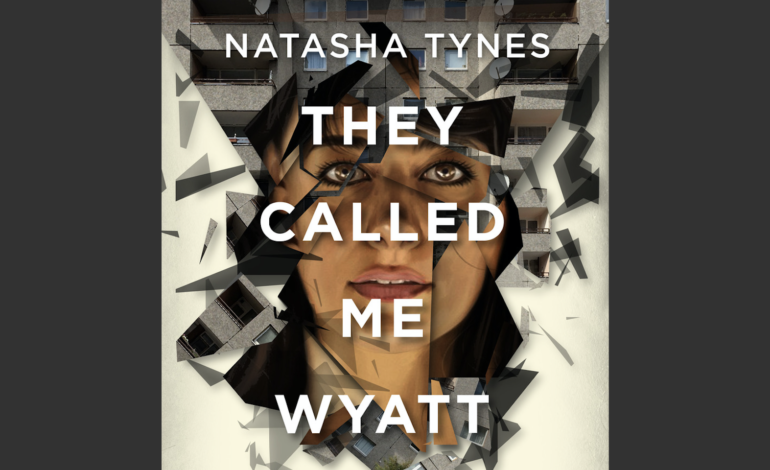 ROCKVILLE, MD — “They Called Me Wyatt”, coming out in June from California Coldblood Books, is a murder mystery set in Jordan and the United States that deals with issues of immigration, race and the need for belonging in a new land.

“I originally wrote it as a short story,” said author and journalist Natasha Tynes. “I shared it with my writing group and they said I should turn it into a novel. I did and four years later the rest is history.”

Born in Amman, Jordan, Tynes said she moved to U.S. in her late twenties about 15 years ago.

She said she based the story loosely on one of her dreams and that characters in the novel are inspired by people she’s known.

“It’s really inspired by growing up in Amman,” she said. “It’s really not an autobiography at all, but the inspiration is there. I grew up there in the 80s and the vibe of Amman is gone because it’s totally changed. There’s a lot of Arabic flair in the book itself with the Jordanian dialect.”

Tynes said the main character Siwar faces a challenge of identity when she immigrates to the U.S.

“When she grew up in Jordan, no one talked about being White or Black,” she said. “Then she goes to the U.S. and suddenly people see her as brown and she realizes she’s a minority. Even though the Census and all the forms see her as White, people around her see her as brown.

“Siwar moves to the U.S. and she realizes its not really the utopia she was hoping to find and she starts to reflect back on her life in Jordan,” she added. “She realizes she’s in some kind of purgatory where she doesn’t belong anywhere.”

Tynes said the novel offers a different perspective by presenting life in both modern Amman and the modern U.S.

“I think the book is unique in a way because I’m a recent immigrant to the U.S.,” she said. “Most Arab American literature is written by authors who are first or second generation and their experience of Arab culture mostly comes from their parents or their society in the U.S.

She added that getting her novel published is a dream come true.

“The idea of being published is not new to me, but the ideal of publishing a… novel is really a dream,” she said. “Since I was really young I wrote stories and wanted to share them with the world. I always had this idea in the back of my mind that someday I’m going to write a book and now it’s finally happening. It’s really hard to believe.” Tynes worked as a journalist for 20 years in the Middle East before coming to the United States. Her byline appeared in the Washington Post, Al Jazeera and the Jordan times, among others.

Tynes has also had short stories published in the publications Geometry, The Timberline Review and Fjords and she received the F. Scott Fitzgerald Literary Festival award for short fiction.

Tynes and her husband have three children. She also works in communications for an international development organization.

“The work life balance has been tough, but I manage,” she said.

Tynes said she plans to promote “They Called Me Wyatt”  in Washington D.C., New York City and with a trip back to Jordan.

“If I’m on the D.C. metro and I see a random person reading my book that’s how I’ll find success,” she said. “Or if my book is sold at Costco.”

She said her favorite part about writing is hearing how people’s perspectives change or what stays with them when they read her work.

“I’m really looking forward to hearing from fans,” she said. “Or from people who identify with the book. Really the best part of the writing journey for me is hearing what people got out of it.”