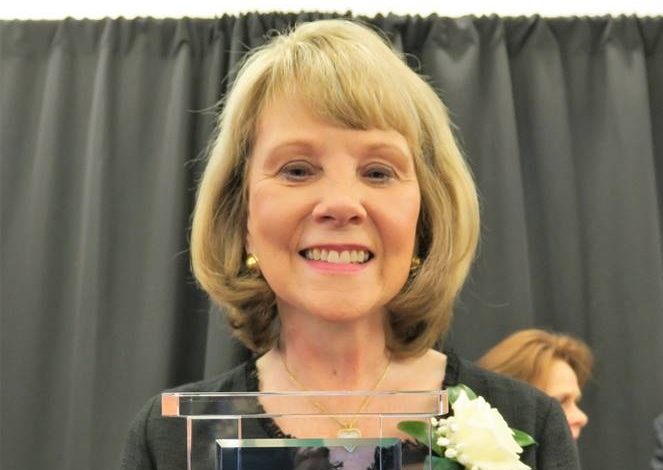 EAST LANSING — Former WXYZ reporter Mary Conway has been inducted into the Michigan Journalism Hall of Fame, a reward for an illustrious career spanning 29 years at the station.

Conway covered major stories both local and national, ranging from Nelson Mandela’s visit to Detroit to the bankruptcies of General Motors and Chrysler, as well as the elevation of Cardinal Adam Maida in Rome.

During her career, she covered the administrations of every U.S. president from Gerald Ford to Barack Obama.

Conway is a graduate of the University of Wisconsin-Madison and worked as a reporter at WIFR in Rockford, Illinois before joining WZZM in Grand Rapids.

She was hired at WXYZ (channel 7 in the metro Detroit area) as the station’s main automotive reporter, one of only a few women in a male-dominated field.

Conway developed her passion for cars at an early age, learning from her father, who ran a gas station not far from where she grew up in Janesville, Wisconsin. Her passion for cars and knowledge of the industry led her to become one of the top automotive reporters in the city and the country.

“We are so proud of Mary Conway and this well-deserved honor,” said Mike Murri, WXYZ and WMYD vice president and general manager. “Mary was an incredible reporter whose work earned her the trust of top automotive executives and praise from both her colleagues and viewers.”

More information on the Michigan Journalism Hall of Fame, which includes The Publisher of the AA News Osama Siblani among its inductees, can be found at https://mijournalismhalloffame.org/.