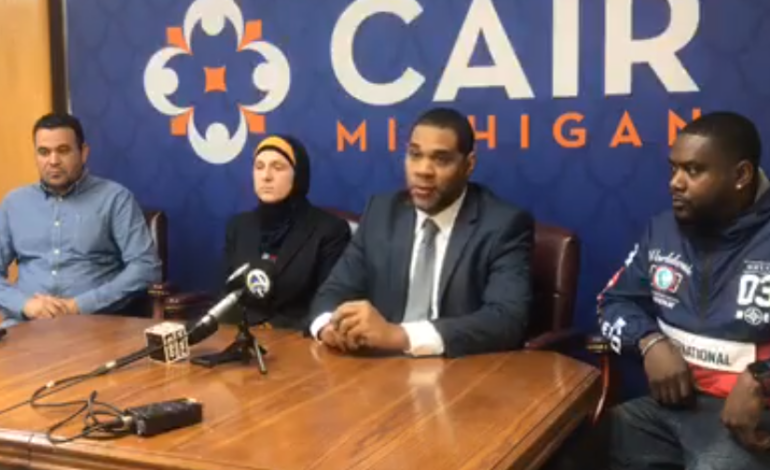 FARMINGTON HILLS — Three Muslim American employees in the Metro Detroit area spoke at a press conference hosted by the Council on American-Islamic Relations on Tuesday, sharing recent incidents of alleged discrimination as part of what has become a growing trend, advocates say.

Employees from LG Electronics USA in Hazel Park’s auto battery plant were among those participating, alleging discrimination in multiple ways.

Juma Sayeed, 35 of Detroit, said he faced discrimination at LG because of his African and Muslim backgrounds. He added that Black workers at the plant are segregated to other areas. His co-workers also have said they received smaller pay raises compared to other employees.

Fellow employees Maged Mousa, 40, of Dearborn Heights and Hany Zaki, 39, of Roseville also joined the conference, speaking on complaints filed Tuesday with the EEOC alleging that the company held an active shooter and terrorist attack training on April 11 which depicted Muslims and Islamic prayers as supporting terrorism.

The video also “showed images of Arabic script with English transliterations of the words ‘Allah Akbar’ and ‘La Illaha IllahAllah’ without giving the meaning of these words, while stating that terrorists will say both of those Arabic phrases while committing an attack,” the Free Press report said.

“Allah Akbar” and “La Illaha IllahAllah” are common phrases in Muslim prayers meaning “God is great” and “there is no God but God.”

Mousa said he felt embarrassed and unwelcome because he may be looked at as a terrorist, considering he says the prayers every day. Zaki said he had to clear the air with his employers that he and his co-workers are not terrorists.

A spokesperson for LG told the Free Press that the training was a mistake, while also issuing an apology.

“It has come to our attention that some content in recent safety training sessions in Hazel Park was not appropriate or at all reflective of LG’s commitment to providing a work environment where all employees feel respected,” said Taryn Brucia, spokesperson for LG Electronics USA.

“This was a mistake for which we sincerely apologize. We appreciate our employees bringing this to our attention and we share their concerns. These training materials were developed overseas without an understanding of cultural sensitivities and policies, and are being updated immediately to reflect consistency with our company policy.”

Another local Muslim man, Mubarak Ali Salam, filed an Equal Employment Opportunity Commission (EEOC) complaint earlier this month against the aerospace company where he works, XRI Industries in Troy, alleging he was disciplined and ignored for asking for religious accommodations, passed over for a promotion in favor of a less-qualified co-worker, subjected to humiliating taunting and jokes, and other forms of discrimination.

CAIR-MI has also noticed about one and a half times more complaints during the time frame.

“Open intolerance has become normal,” said CAIR-MI Executive Director Dawud Walid. There is a “growing climate in America of people espousing openly racist attitudes as well as xenophobia and Islamophobia. And this starts at the Oval Office and permeates its way down even into corporate America.”