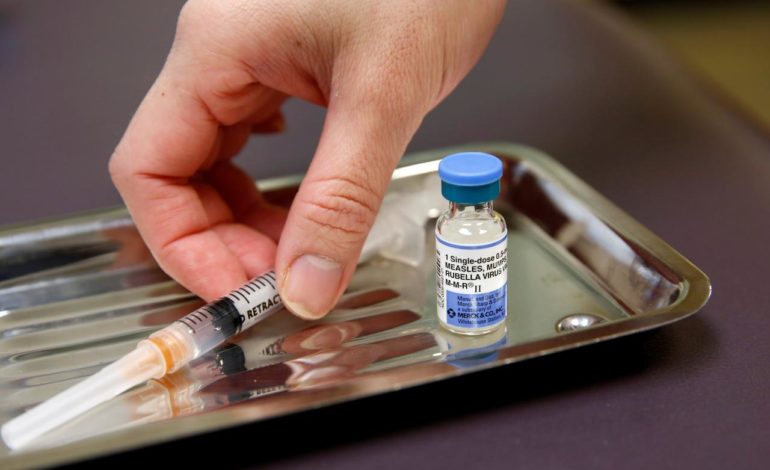 NEW YORK – The United States so far this year has recorded 704 cases of measles in 22 states, its largest outbreak since public health officials in 2000 declared the disease eradicated, according to the Centers for Disease Control and Prevention.

The CDC on Monday released updated figures on the number of cases recorded so far this year, which have hit a 25-year-high.

Here are key facts about the outbreak:

– Public health officials blame the measles resurgence on the spread of misinformation about vaccines. A vocal fringe of parents opposes vaccines, believing, contrary to scientific studies, that ingredients in them can cause autism.

– The largest outbreaks are concentrated in Orthodox Jewish communities in New York City’s Williamsburg neighborhood, where some 390 cases have been confirmed, and Rockland County north of New York City, which has recorded 202 cases. Those figures include infections from last year and are not directly comparable to the CDC numbers.

– Other outbreaks have been reported in Washington state, New Jersey, California’s Butte County and Michigan.

– The disease is highly contagious and can be fatal, killing one or two of every 1,000 children who contract it, according to the CDC. It can also cause permanent hearing loss or intellectual disabilities. It poses the greatest risk to unvaccinated young children.

– The United States’ 2000 declaration that measles was eradicated meant that the disease was no longer present in the country year round. Measles remains common in some countries in Europe, Asia and Africa, and unvaccinated travelers to those countries can bring it back to the United States. The current outbreaks are believed to trace back to visits to Israel and Ukraine.

– New York City officials said some 21,000 people have received the measles-mumps-rubella vaccine in affected areas since the outbreak began in October. The city has begun fining unvaccinated adults.

– In order to achieve herd immunity that protects those unable to get the measles vaccine, such as infants and people with compromised immune systems, 90% to 95% of the population needs to be vaccinated.