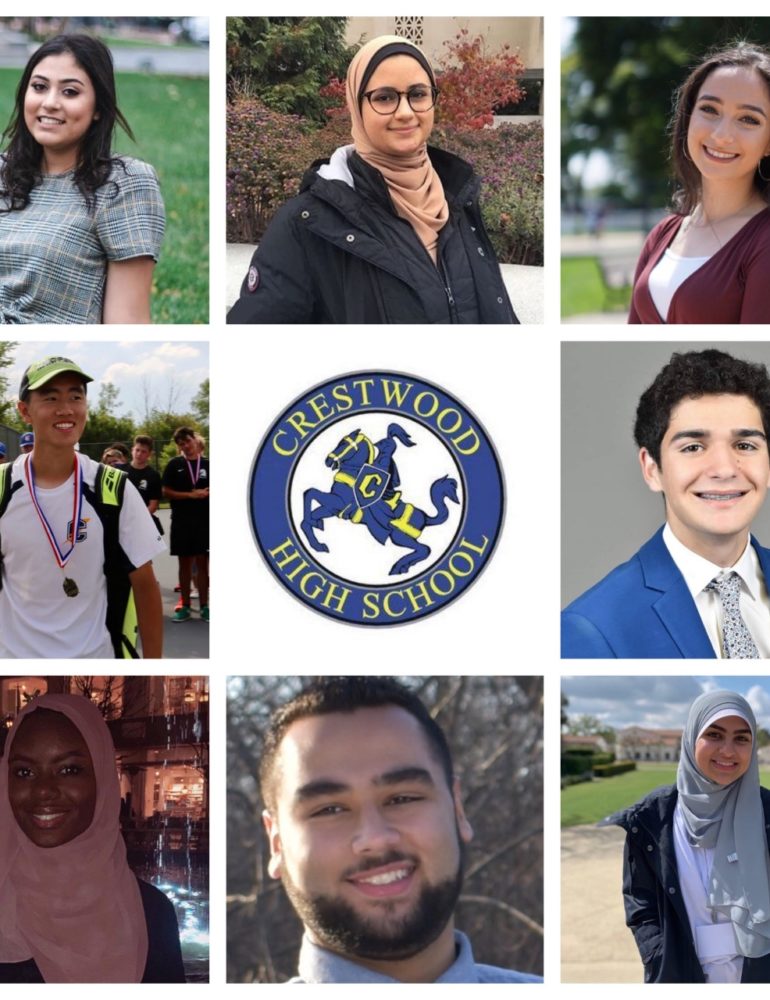 DEARBORN HEIGHTS — On Wednesday, Crestwood High School celebrated its seniors for their post-secondary educational plans during its 2019 Decision Day event, which took place in the cafeteria. The event also encouraged younger students to prepare early for the next steps in their educational journeys.

The Crestwood class of 2019 obtained a record high of eight Ivy League acceptances, along with an additional 11 acceptances to some of the top-ranked, competitive colleges in the country.

A record 23 students also gained acceptance to the University of Michigan, which has been ranked the #1 public institution in the United States for the past three years by the QS World University Rankings publication.

The graduating class of 300 students had an 82 percent college acceptance rate according to Bridge Magazine, which named the school one of seven academic “state champs” in the Dearborn area.

Those who have announced their plans for college for next year include:

Fellow students Huda Shulaiba and Zeinab Hassan were also among those honored.

Others celebrated on Wednesday included students accepted to trade schools and the military, as well as those with aspirations in athletics.

“We wanted everyone to feel special in their own way,” said Crestwood 12th grade counselor Yusra Hamadeh. “I was very excited and the students were so excited, so it actually beat my expectations.

“My whole goal as a senior counselor is for them to have as many options and opportunities, so when decision day does come around, they feel empowered to make the decision that best suits their academic or career needs.”

Sharifa Doudi, another high-achieving student, is still deciding as well.

The 2019 Crestwood graduation ceremony will be held on June 6 at the USA Hockey Arena in Plymouth. With just weeks left in the school year, Hamadeh wished them the best of luck.

“I’m extremely proud of entire class of 2019 and I wish them the best of luck in their future endeavors,” she said. “It was a very exciting year for me to work for them and it was a pleasure.”