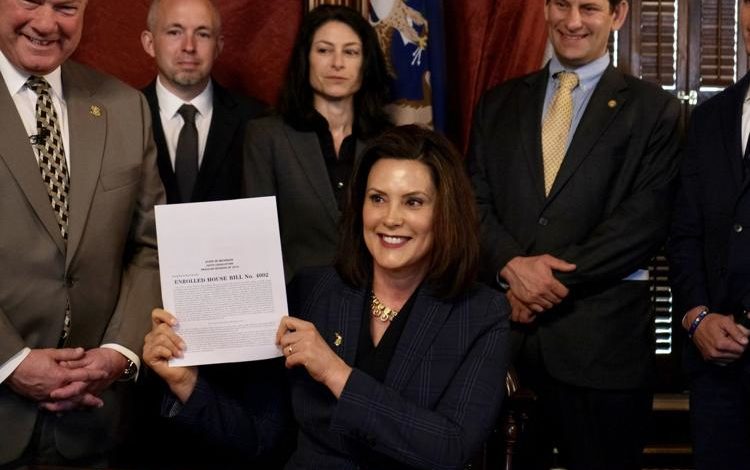 LANSING — Governor Whitmer has signed Senate Bill 2 and House Bills 4001 and 4002, which passed with nearly-unanimous support.

The bills will limit civil asset forfeiture for individuals who have not been convicted of a crime to increase property protections for citizens.

“I’m proud that Michigan is joining several other states in revising our civil asset forfeiture laws to increase property protections for citizens,” Whitmer said in a press release. “These bills will ensure due process and strengthen the integrity of our justice system by requiring a criminal conviction before forfeiture proceedings can begin.”

Senate Bill 2 prohibits civil asset forfeitures for crimes involving controlled substances unless there is a conviction or plea agreement, no one claims the property or the property owner relinquishes the property that was seized. The bill will apply to forfeiture proceedings pending on, or initiated on or after January 1, 2020.

House Bill 401 prohibits civil asset forfeitures for crimes involving controlled substances unless a criminal proceeding is completed and the defendant is convicted or pleads guilty.

House Bill 4002 requires the government to notify an individual if their property has been seized and places the burden on the government to prove that the forfeiture is justified, or else the property must be returned to the owner within 14 days.

Currently, law enforcement officers are allowed to seize property if they had a probable cause that it had been used for, or derived from, a controlled substance violation.