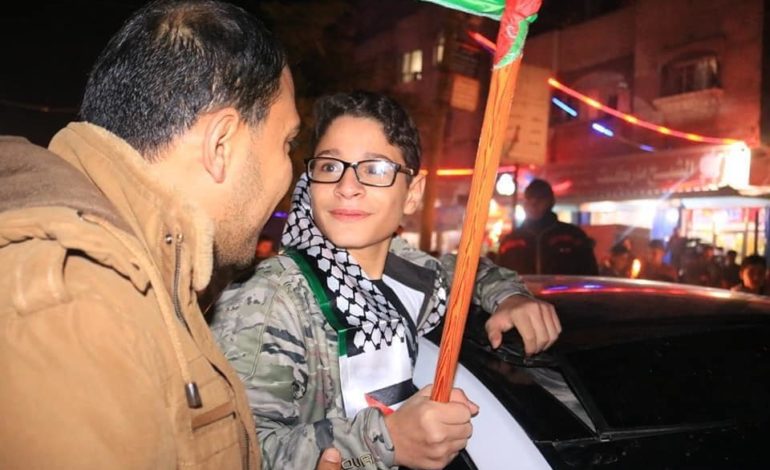 Mohammed Abu Hussein receives a warm welcome upon his return from Detroit to Gaza.

The organization has spent years flying children in and out of occupied Palestine, including the war-torn Gaza Strip, to serve the individual needs of badly injured and sick children.

Now the group is raising funds for a new pediatric intensive care unit that could change the equation completely, providing free medical care for the many struggling children in the area who face life-or-death situations.

“Every day there’s something,” said PCRF Detroit President Yasmeen Hamed. “It seems like there’s more and more children that are being shot, in result needing to have their legs amputated.

“We also work with children who have congenital diseases, cancer, families that have five kids with cancer; because of that they don’t have the medical treatment they need, but now with the cancer center they will be able to get free treatment.”

The Kent, Ohio-based charity has a four-star rating out of four stars on Charity Navigator’s website and has been helping kids since its founding in 1991. In February, 13-year-old patient Mohammed Abu Hussein from Gaza was able to receive treatment, care and a prosthetic leg thanks to PCRF supporters. Hussein had been shot in the leg in Gaza last summer.

In addition to treating kids by working with PCRF donors and chapters, the PCRF sent 18 doctors’ missions overseas last year, screening more than 500 children and treating more than 180, according to Hamed.

The organization also supports a mental health initiative, a Syrian children’s relief project and monthly orphan sponsorship programs to help provide essentials like milk and diapers to children in need in Palestine.

This year’s keynote speaker will be Dr. Ahmed Suleiman, a pediatric resident doctor in Cleveland who recently completed a medical rotation at the Huda Al Masri Pediatric Cancer Department in Beit Jala, Palestine, which is the only cancer center of its kind in the country.

The event will run from 8-11 p.m. at Greenfield Manor.

For more information or to become a sponsor for this year’s Iftar, call Hamed at 313-641-8832 or visit https://www.pcrf.net/eventdetroit.