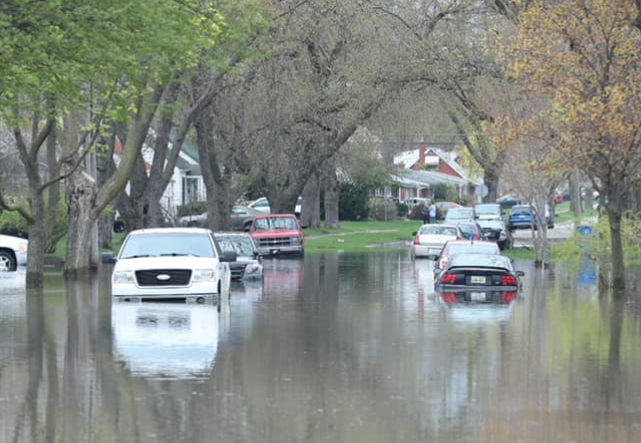 Paletko said he hopes residents will be given aid soon through the county, the state and eventually FEMA.

“This is a reoccurring situation that continues and will continue to affect our residents,” he said.

Dearborn Heights is considered to be the low point throughout the Ecorse Creek watershed, which overflowed and caused the flooding.

In response to the floods, Wayne County Executive Warren Evans and Governor Whitmer have both declared a state of emergency in Wayne County, Paletko added in the video, which can be seen on the city’s YouTube channel.

Dave Abdallah, a real estate agent and City Council member, said that about 976 homes were registered as being affected during the floods, but the actual approximation is that about 1,200 homes have been affected. Those who suffered damage filled out forms and turned them into government agencies to determine how much help may be needed.

“Really, honestly I feel sorry; it’s got to be devastating,” Abdallah said about those affected by the floods.

Multi-Agency Resource Centers with assistance from the Red Cross, Salvation Army, Wayne County and the state of Michigan were also opened to assist flooding victims on Wednesday.

“We’re still working with (U.S. Reps.) Rashida Tlaib and Debbie Dingell to try to get some resources to the city,” Abdallah said.

He also cautioned that some towing companies have been taking advantage of local residents in need by overcharging them drastically for their services.

Dearborn Heights Police Chief Dan Voltattorni and his staff have been notified of the scams and have been on the lookout for others.

Abdallah also said that the garbage hauling company GFL has been doing “everything in their power” to help clear out the damage and has a customer service hotline that people may call at 1-844-464-3587.

While Dearborn Heights  is working hard to recover from the flooding, Abdallah said the city’s infrastructure is simply not equipped to handle the flooding.

He said that an Army Corps of Engineers study has been done showing that a basin retention area is needed near Van Born and Inkster Roads, the former site of an incinerator.

Such a basin could help prevent flooding in the future, but would be costly.

“The challenge is getting the (right) amount of money, and getting the federal resources to do it,” he said.