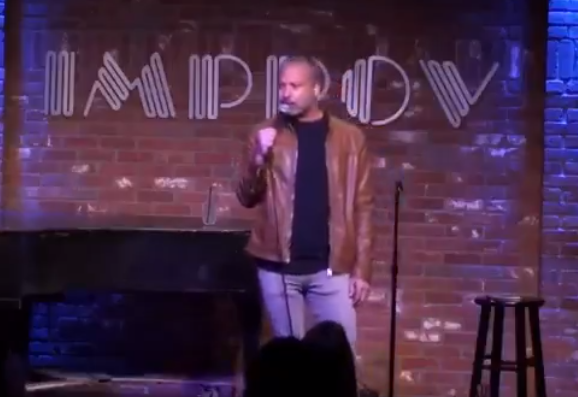 NAPLES, FLA — An audience member called 911 after attending a show by comedian Ahmed Ahmed on May 12, saying they felt uncomfortable after an alleged comment made during his performance.

The caller said Ahmed asked the audience how many Middle Eastern people were there, according to call audio released by the Collier County Sheriff’s Office, the full audio of which can be heard on the local NBC station’s website.

About “25 Muslims” were at the show, claiming to be from Iraq and Iran, the caller said.

Ahmed allegedly said, “We could organize our own terrorist organization.”

“I don’t know if it’s fear, racism, ignorance, or Islamophobia, or whatever you want to call it,” he said. “It’s unfortunate that somebody was very adamant about making a point to make a 911 call.”

The caller said that they were concerned Ahmed would say the same comment again, in a later performance.

“I think (Ahmed) said — I don’t want to misquote the joke — he said, ‘I knew there was at least one of us in here.’ Then he pauses, and then he goes, ‘Comedians of course. Comedians,'” said Brien Spina, the CEO of the Off the Hook Comedy Club where the event was held, to NBC-2.

“And so everybody in their mind thinks that he’s going to say something like a terrorist or something, but he says comedians, and that’s the joke.

“So I think the guy wasn’t even probably paying attention.”

Ahmed said that he is “super sarcastic,” and that most people who know him would understand his sarcasm, but perhaps others don’t get it.

In a Twitter post, Ahmed said, “An audience member called 911 on me because ‘they feared for their lives’ over a joke I told on stage. That’s never happened to me or any comedian I believe. F****** crazy man. The cops were even like ‘WTF.’”

A video on Ahmed’s Twitter account of him speaking with police officers posted Monday had been viewed over 124,000 times as of Wednesday.