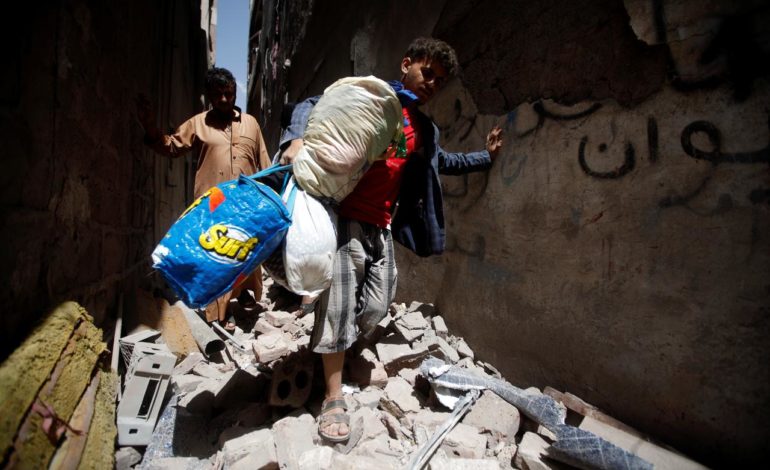 People carry their belongings at the site of an air strike launched by the Saudi-led coalition in Sanaa, Yemen May 16, 2019. REUTERS

SANAA – The Saudi-led military coalition carried out several air strikes on the Yemeni capital of Sanaa on Thursday after the Houthi  movement claimed responsibility for drone attacks on Saudi oil installations.

The Sanaa strikes targeted nine military sites in and around the city, residents said, with humanitarian agencies reporting a number of casualties.

Rubble filled a populated street lined by mud-brick houses, a Reuters journalist on the scene said. A crowd of men lifted the body of a woman, wrapped in a white shroud, into an ambulance.

Houthi-run Masirah television quoted the Houthi health ministry as saying six civilians, including four children, had been killed and 60 wounded, including two Russian women working in the health sector.

Medical charity Medecins Sans Frontieres said two hospitals it supports in Sanaa took in 48 injured and four dead people as a result of the strikes. Preliminary reports indicated five children were among those killed, the U.N. humanitarian coordinator in Yemen said. 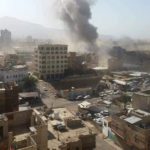 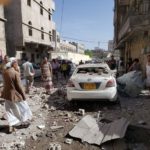 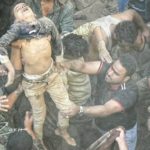 Rescue workers pull a body of a child from the rubble in Sanaa after the Saudi-led Coallition bombed the capital. 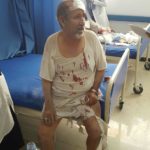 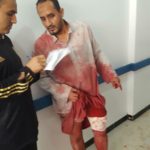 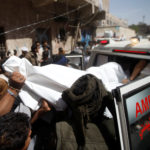 Yemeni men carry the body of a dead woman, who was killed by Saudi-led air strike in Sanaa, Yemen May 16, 2019. REUTERS/Mohamed al-Sayaghi 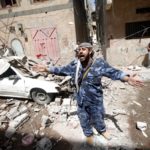 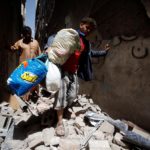 People carry their belongings at the site of an air strike launched by the Saudi-led coalition in Sanaa, Yemen May 16, 2019. REUTERS 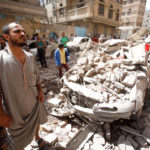 People gather at the site of an air strike launched by the Saudi-led coalition in Sanaa, Yemen May 16, 2019. REUTERS/Mohamed al-Sayaghi

A coalition statement carried by Saudi-owned Al Arabiya TV, said the Sunni Muslim alliance struck military bases and facilities and weapons storage sites with the aim of “neutralizing the ability of the Houthi militia to carry out acts of aggression.”

“The sorties achieved its goals with full precision,” the coalition said. It had urged civilians to avoid those targets.

A later statement said “the possibility of an accident” had been referred to a body set up by the coalition to investigate claims.

One resident reported a strike near a densely-populated district, where flames and clouds of smoke could be seen. A car was half-buried under rubble and twisted metal on a street lined with bystanders.

“There was an air strike near us, in the middle of an area packed with residents between Hael and Raqas (streets),” Abdulrazaq Mohammed told Reuters. “The explosion was so strong that stones were flying. This is the first time our house shakes so much.”

Sanaa has been held by the Houthi movement since it ousted the internationally recognized government of Abd-Rabbu Mansour Hadi from power there in late 2014. The coalition has previously targeted suspected drone and missile storage sites in the city.