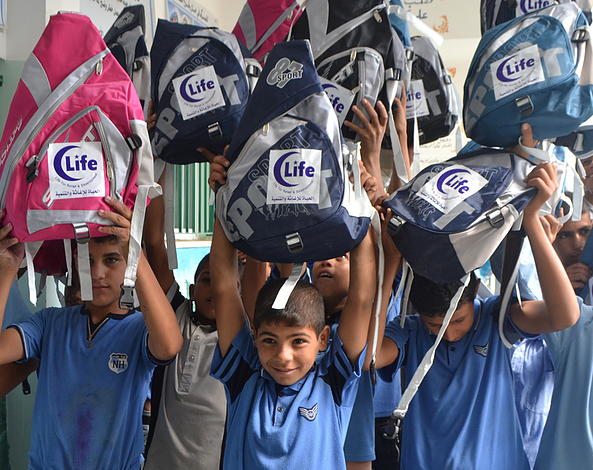 SOUTHFIELD — The holy month of Ramadan is a time for fasting, reflection and giving to charity. Several charitable organizations in Metro Detroit are among the biggest givers.

The international charity Life for Relief & Development is one of the most prominent, working from its main office in Southfield to deliver aid to needy people of all ethnicities and religions.

The charity has helped provide much-needed support to people in communities ranging from Flint all the way to Afghanistan, where LIFE recently provided meals to more than 25,000 individuals through its Ramadan program, which serves more than 20 countries.

“Our mission never ends,” said Alaa AbuRahmeh, who has served as the administrative director of LIFE for more than 12 years.

In the last year, LIFE has dug 78 water wells in eight countries, shipped 45 containers and 10 truckloads of medical aid, textbooks and other supplies, and supported more than 5,000 orphans in eight countries through its orphan sponsorship program.

These much-needed projects are just the tip of the iceberg for the sprawling charity, which boasts eight global offices and has been active since 1992 in supporting humanity.

The charity continues to expand in its mission and service, advertising for donations in several different countries while using them to deliver supplies to the people who need them most.

“We are pushing people to donate to help the needy around the globe,” AbuRahmeh said.

For Ramadan specifically, LIFE is offering a program to sponsor orphans. The program typically costs $55 per month or $660 per year, AbuRahmeh said.

“We also have projects for iftar that feed a whole village in Africa for one night, between 500-1,500 people,” AbuRahmeh said. “We feed people in refugee camps as well, including Syria, Lebanon, Jordan, Turkey, Palestine and Bangladesh, up to 2,000 people each day.”

The charity also held iftars on Saturday, May 18, at the Masjed Al Salam in Dearborn and at the Islamic Center of Detroit.