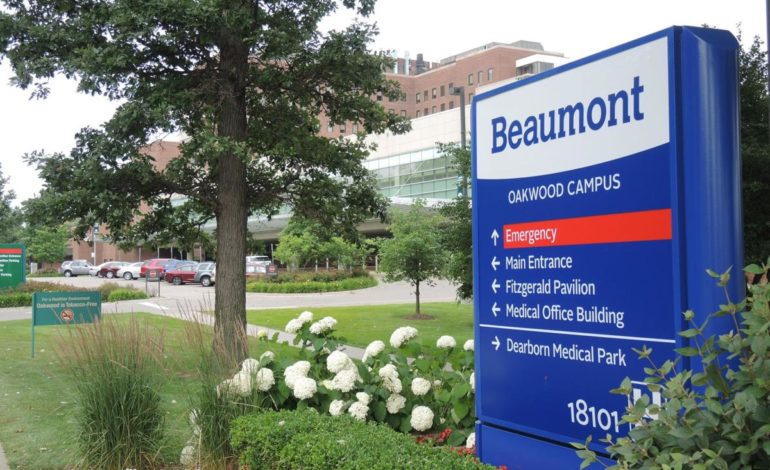 DEARBORN — A lawsuit filed by former Beaumont Hospital employee Ali Saleh alleges that he faced discrimination based on his national origin and that he was forced to resign when he attempted to investigate and report a series of violations by hospital employees.

The lawsuit was filed in the Wayne County Third Circuit Court on July 9.

It claims that Beaumont Hospital and the other two defendants violated the Whistleblower Protection Act, the Elliot-Larsen Civil Rights Act (National Origin Discrimination) and six other counts.

He had been clinical manager of nursing at the hospital since November 12.

According to court documents obtained by The Arab American News, Saleh’s national origin was at least one factor in forcing him out of  his job.

He also claims DeLaurier and other employees at the hospital treated him differently than “similarly situated” non-Arab employees.

On March 14, he filed a claim of discrimination with the Equal Employment Opportunity Commission after his efforts to address his claim with Beaumont’s internal human resource department failed to resolve his complaints of discrimination against him based on his national origin.

On March 20, he received a written report that one of the nurses under his supervision had administered an oral narcotic pain medication to a patient who unable to swallow and that she improperly withheld cardiac medication.

He suspected that this nurse attempted to confiscate the medication for personal use and began an investigation with the hospital’s pharmacy manager.

Supervisors and hospital staff allegedly ignored Saleh’s complaints. When he attempted to report these irregularities to a state regulatory affairs bureau, he was called into a meeting with DeLaurier and a human resources representative and forced to resign.

During his employment, Saleh had gotten satisfactory performance reviews and compliments from several co-workers, doctors and hospital administration.

After being forced to resign, DeLaurier placed Meredith, a White woman, in his clinical manager position.

Attorney James Allen, a senior partner at Allen Brothers LLC, who is representing Saleh, told The Arab American News that Beaumont has a long and sad history of violating the rights of employees.

“Nowhere is this more apparent than in their treatment of their Arab American employees,” he said. “How sad is it that (Beaumont) mistreats workers from the demographic group that it predominantly serves?

“Those who say that this discrimination does not impact patient outcomes obviously have not looked at the numbers,” Allen added. “This sort of treatment will unfortunately continue until more people, like Mr. Saleh, stand up and demand that long-overdue reforms take the place of fake diversity initiatives that only seek to mask the hospital’s bad acts.”

At press time, Beaumont had not returned a call for comment.