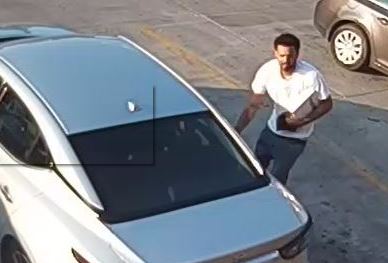 The victim had been in the Tim Horton's parking lot in order to purchase a laptop. Photo: Dearborn Police Department

DEARBORN – Dearborn Police Department is requesting assistance in identifying two men wanted in connection with an assault and robbery at the Tim Hortons at 24921 Ford Road on July 10 at 8 pm.

Investigators discovered that the victim involved had been in the parking lot of Tim Hortons to sell a laptop.

A man arrived in a silver Nissan Maxima to meet the unidentified victim and entered the victim’s vehicle. The man then allegedly punched the victim in the face and stole money before reentering the Maxima.

Dearborn Police describes the man as being Black, six feet tall, with tattoos on both arms that extend down to the wrist. The car was driven by another man, who is also described as Black and male.

In a statement, Dearborn Police Chief Ronald Haddad said crimes like this are not exclusive to one particular area.