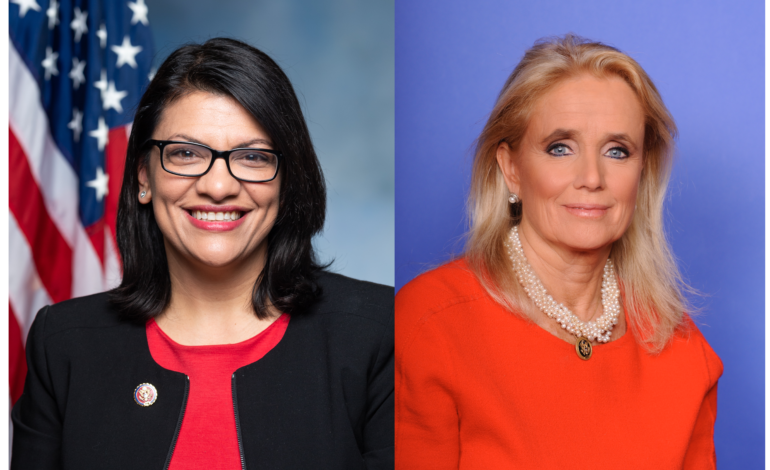 House Democrats, including Rashida Tlaib and Debbie Dingell, have been working to push protections for workers affected by the coronavirus outbreak.

DETROIT — On Monday, Michigan United (MU), a Michigan based advocacy non-profit, organized a teleconference with community leaders from the state to discuss responses, legislation and outcomes relating to the COVID-19 outbreak in the U.S.

The teleconference featured critical information about current bills and future legislation in the U.S. Congress, as well as the current status of the response from Michigan’s legislature. Joining the call were U.S. Reps. Debbie Dingell (D-Dearborn) and Rashida Tlaib (D-Detroit), State Senator Stephanie Chang (D-Detroit), and MU board member Dr. Abdul El-Sayed.

Dingell said she had been working hand in hand with her colleague, Tlaib to help draft and push comprehensive legislation that would protect vulnerable populations from the effects of the virus.

“There are many things we need to worry about,” Dingell said. “We’re worried about the person that can’t afford to stay home or won’t go and get a test because they can’t afford a test, or how those that are told to stay home will get paid.”

Dingell said that in addition to this crisis, a large portion of the workforce needs to stay employed, manufacturing essential products that are needed for protection against and treatment of the novel coronavirus. She said different stages of House coronavirus legislation have taken these various facets into consideration and that the House is now in yet another phase of writing legislation.

“The first bill had $8 billion in it, $3 billion of it was to develop treatment, including $300 million for the government to purchase drugs at a fair and reasonable price, so people aren’t price gouged and (ensure that) as the vaccine ultimately gets developed, every American will get free immunization, so that no one has to worry whether they can afford it or not,” Dingell said.

“We have to make sure people are getting the medical care they need, and obviously testing is a real problem,” she said. “I could be critical; this president has totally screwed it up, but we are pressing as far as we can to get more tests out there.

“We are beginning to see more private labs come on board and most of the hospitals next week will have been CDC approved in Michigan, especially major hospital networks, to do their own testing in hospitals. Some of us pushed very hard and were able to get state labs to go from five days a week to seven days a week when only a week ago they told us it would take a month to get anybody in there.”

The second version of the bill, which Tlaib spent time working on, passed in the House on Saturday and is awaiting Senate approval. President Trump has indicated he would sign this bill, though some Republicans in the Senate seem hesitant.

“It’s called the ‘Families First Coronavirus Response Act’ and expands access to emergency paid sick leave,” Dingell said. “We are told that as many as 87 million U.S. workers have no paid leave and are being forced to choose between their paycheck, their health and the health of the people around them.”

“A vast majority of these workers would receive (under the bill) all pay for two weeks, or 80 hours.” The way this bill was written, at the beginning of the week it had universal sick leave, and the Republicans refused to agree to this. We needed to get the bill out, there were too many people that needed help, so this is just the critical first step and we will do more. — U.S. Rep. Debbie Dingell

The bill has provisions for companies with 500 or fewer employees. Dingell said that the system as it relates to paid-sick leave was complicated, as many companies ensure the same benefits as others.

“The way this bill was written, at the beginning of the week it had universal sick leave, and the Republicans refused to agree to this,” she said. “We needed to get the bill out, there were too many people that needed help, so this is just the critical first step and we will do more.

“Every (small) employer that provides paid leave under this bill will be fully reimbursed for the cost in no more than three months and the bill will really benefit small businesses by helping them keep their workers healthy without having to take on any additional cost.”

Tlaib talked about future legislation that could tackle some of the immediate effects of the outbreak on municipalities. This included furthering unemployment benefits, ensuring the northern border remains open for essential healthcare employees who reside in Canada but work in Michigan and taking measures to offset moratoriums on utilities shut offs.

“There is a public-charge issue and people are afraid,” Tlaib said. “I hear rumors of people being picked up ICE (at essential care facilities) and I have not gotten any confirmation on this.

“I am asking immigration advocates, please do not scare our undocumented communities and our neighbors. If they are sick, they need to get help. I have undocumented neighbors that had cancer and needed transplants. Henry Ford and Beaumont came through because these people went through our local health care centers, (so) there is opportunity for them, though we don’t advertise for it.”