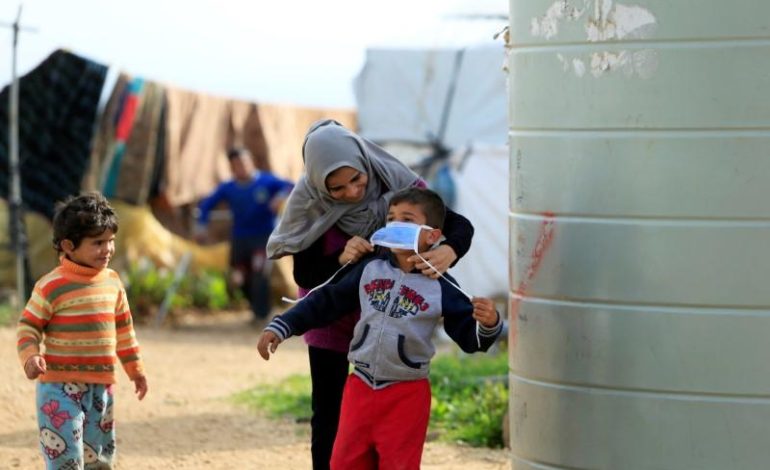 Without soap or sanitizers, Syrian refugees face the coronavirus threat

CAIRO/GENEVA — The World Health Organization (WHO) said on Wednesday that Middle East states need urgently to offer more information about coronavirus cases to help bolster the fight against the disease across the region.

Ahmed Al-Mandhari, WHO regional director for the Eastern Mediterranean, said the regional approach to fighting the coronavirus had so far been “uneven” and that much more should be done.

Improved access to information would allow the WHO to track its spread closely and quickly apply proven public health measures, Mandhari told reporters in a video-conference briefing.

“Unfortunately, even today, as the situation is becoming critical, information on cases is insufficiently communicated by countries to WHO,” Mandhari said, referring to “under-reporting on the part of some countries with regard to positive cases.”

The WHO had seen efforts to strengthen surveillance, scale up testing and support families who are isolating relatives or in quarantine, he added, but some states were not fully engaged.

“Frankly we are seeing uneven approaches across the region. While we have observed impressive progress in several countries, not all are yet applying the whole of government and whole of society approach.”

“The time to act is now. I cannot stress enough the level of urgency.”

Across much of the region outside Iran — which is one of the worst affected countries worldwide — the number of confirmed cases has been relatively low compared to east Asia and Europe, but WHO officials fear real figures could be considerably higher than reported due to a lack of testing and a prevalence of mild cases.

So far, Mandhari said just over 18,000 cases had been confirmed in 18 countries in the WHO’s Eastern Mediterranean region, which includes Pakistan and Afghanistan, as well and Middle Eastern and North African states. That includes 1,010 deaths in seven countries.

Border closures is not recommended

Countries have to strike a balance between protecting health and minimizing economic and social disruption, he said, adding that border closures that can impede healthcare supplies and assistance were not generally recommended.

Two-thirds of countries in the region suffer from crises that have impacted health systems. Millions of refugees and displaced people living in camps could be especially vulnerable.

U.N. agencies have released guidance about recommended action in such camps, said Rick Brennan, emergency director for the region.

At camps in northwest Syria, measures were being taken to improve surveillance systems, set up testing and establish isolation facilities for the sick, as well as accelerating outreach to community about the risks, he said.

Asked about prisons, Brennan stopped short of advising the mass release of prisoners such as in Iran, but said authorities should implement measures such as spacing out beds within dormitories and reinforcing hygiene measures.

“The general measures around hygiene and social distancing become even more important in overcrowded and congested settings such as prisons, camps, dormitories and elsewhere,” Brennan said.