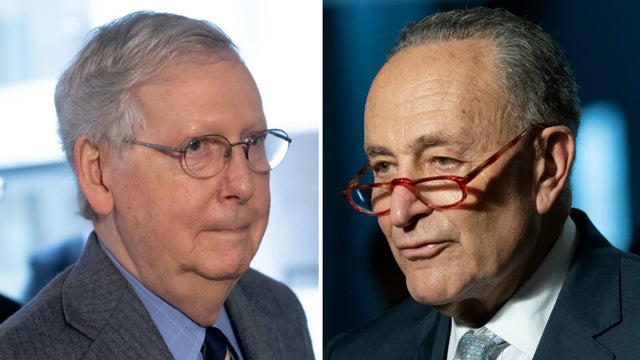 WASHINGTON — Republicans and Democrats failed to move forward with a nearly $2 trillion coronavirus stimulus package earlier this afternoon, as a procedural vote fell short by a final tally of 49-46.

Democrats blocked the measure from passing after deeming the bill as being too favorable to corporate interests at the expense of healthcare workers, hospitals, and state and local governments. Republicans have accused them of obstructing a bill they say is badly needed in light of the ongoing national emergency.

The plan would provide $1,200 checks for many taxpayers, tax cuts for large corporations and limits on paid leave among several other changes.

Failure to strike a deal could result in heavy losses in the U.S. stock market, Reuters reported on Sunday. Stock futures were up sharply on Monday after the Federal Reserve announced unprecedented steps to support U.S. households and companies more directly with credit.

Also this afternoon, House Speaker Nancy Pelosi announced a new act titled the “Take Responsibility for Workers and Family Act” in order to pressure Republicans and give her members an opportunity to make a statement about what they want in the third stimulus measure, according to NBC News.

Thus far, nearly a third of the nation’s population has been told to stay at home as much business activity has been put on hold across the U.S. More than 40,000 presumptive positive cases of the virus have been recorded, along with at least 472 deaths linked to the virus nationwide.

On Sunday, Senator and Senate Minority Leader Chuck Schumer (D-NY) was among those raising objections to the bill, saying more money was needed for community health centers, nursing homes, masks, ventilators, personal protective equipment and aid to state and local governments, according to a report from CNN.

He also said shortly before Monday’s vote that he was “confident” a deal would still get done today, according to a report from The Hill.

According to Vice President Mike Pence on Sunday, 254,000 Americans have been tested for the virus and slightly more than 30,000 have tested positive.

Last Wednesday, U.S. Surgeon General Dr. Jerome Adams implored Americans to stay home and avoid unnecessary travel in order to help “flatten the curve” over the following 15 days, cautioning that a rise in the number of cases was likely to occur.

A new coronavirus test was recently approved by the FDA, which is being produced by a California company named Cepheid and is able to detect the virus at the point of test, rather than in a laboratory after the fact.