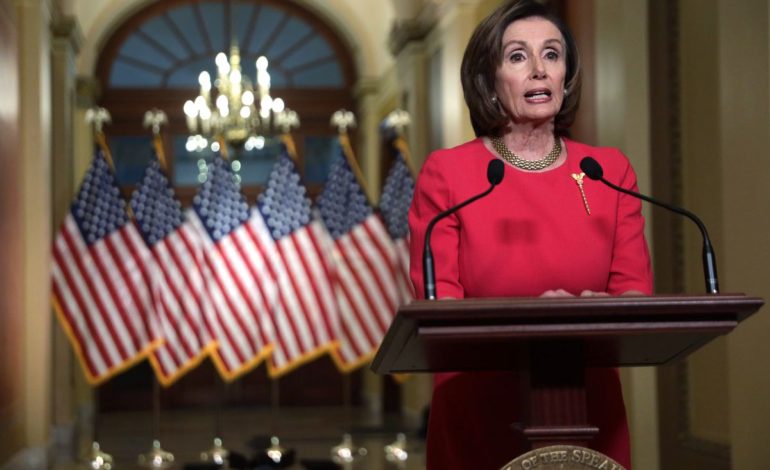 WASHINGTON, D.C. — A new coronavirus stimulus bill pushed by Speaker of the House Nancy Pelosi would ban corporations receiving federal aid to help prop them up amid the current economic turmoil from lobbying until the funds are repaid to the government.

The legislation, introduced by House Democrats, would set strict conditions on companies that receive any government assistance, including a ban on stock buybacks and executive bonuses, according to a report from The Hill.

The plan was announced on Monday after two separate votes on coronavirus stimulus packages failed, including a 49-46 losing vote in the Senate.

Senate Minority Leader Chuck Schumer (D-NY) and Treasury Secretary Steven Mnuchin said late Monday night that they were close to a deal after days of intense and frequently heated negotiations over relief for the airline industry, enhancing unemployment benefits and securing additional money for hospitals.

The bill may not get a vote, however, if a bipartisan compromise agreement is reached instead.

The IRS and Social Security Administration would work together to get the payments to households and, when possible, the payments would be delivered to people via direct deposit, according to a fact sheet from the House Ways and Means Committee.

The 1,400 page bill has not been voted upon, but Pelosi said on Wednesday there is “real optimism” an agreement can be reached sometime today.