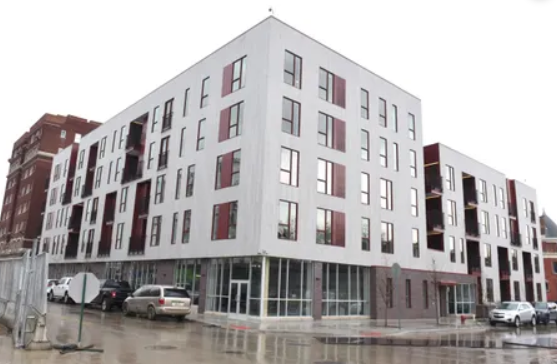 Photo via The Detroit News

WASHINGTON, D.C. — The latest version of the coronavirus stimulus bill expected to be signed sometime today reportedly carries with it a 120-day ban on evictions for many renters, beginning on the day the bill passes, according to a report from the website Slate.com.

The bill would also include a moratorium on foreclosures of up to six months for homeowners unable to pay their mortgages, the report added.

The new federal action would reinforce measures adopted by California, New York and Pennsylvania over the past week. The new provisions would go a long way toward helping many prevent homelessness on April 1, when the next wave of rent checks is due across the country for the 44 million renter households in the United States.

Layoffs have hit record numbers this month and many low-income Americans have next to nothing saved up for such a crisis, according to various studies, the report stated.

Under the legislation, landlords won’t be able to begin eviction proceedings for tenants not paying rent or to later charge fees, penalties or other charges related to unpaid rent.

It would apply to tenants in buildings with federally backed loans or those in “covered housing programs”, including low income housing tax credit buildings, rural housing vouches and other federal renter assistance.

The bill also calls for a two-month moratorium on foreclosures. Homeowners with Fair Housing Act affiliated mortgages, or those with mortgages securitized by Fannie Mae and Freddie Mac, are allowed to ask for a 60 day hold on mortgage payments under the bill, which can be extended for four subsequent months.

Banks will not be allowed to charge fees or interest for the withheld payments and must either come up with a repayment plan afterward or agree to extend the loan term.

Members of Congress have insisted that a deal would get done today regarding an amended version of the stimulus package that has failed twice in the Senate.

The deal would likely include cash payments to Americans of up to $1,500 each.