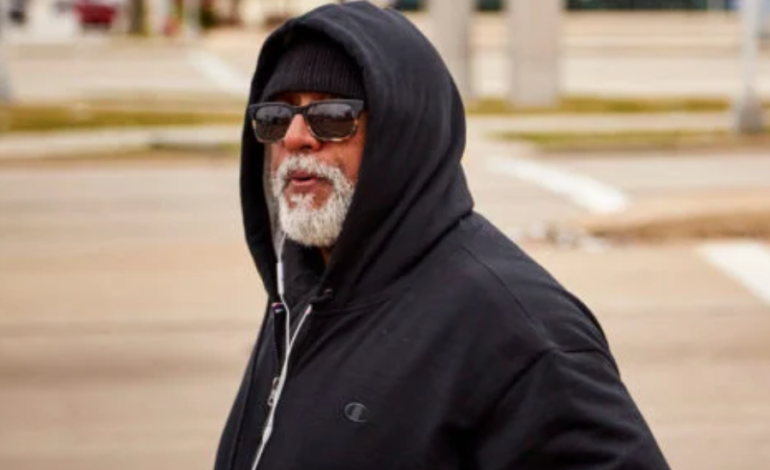 Fred Royal of the Milwaukee NAACP visits an area that has been hard-hit by the coronavirus. Photo via Darren Hauck

Many U.S. states, including New York, the hardest-hit thus far, have not released demographic data showing the virus’ toll on different racial groups, but early data is showing that African Americans making up a higher percentage of victims.

“Because we don’t have broad access to testing, we don’t actually know how many people are infected in the U.S.,” said Dr. Jeffrey Levi, a professor of public health at The George Washington University. “We only have accurate data on who is actually getting hospitalized.”

Late last month, a group of Democratic lawmakers including Senator Elizabeth Warren and Senator Kamala Harris urged Health and Human Services Secretary Alex Azar to ensure such data is collected and published, according to a report from Reuters.

People with pre-existing conditions like asthma and other chronic lung disorders, diabetes and heart disease appear to develop serious illness more often than others, according to the World Health Organization.

Recently released statistics in New York have backed this up. An April 3 report posted to the city’s website showed that just 28 out of nearly 2,000 reported deaths analyzed fell into the “no pre-existing conditions” column. Most had one of the aforementioned diseases or other similar chronic health issues.

Deaths in New York state finally appeared to be “flattening” as of Monday, with the state reporting that 4,758 people had lost their lives in cases that appeared to be related to the virus.

But because African Americans tend to have higher risk factors, including environmental and economic, the virus has been said to be even more dangerous for them.

“A pandemic just magnifies the disparities in healthcare that many communities of color face,” said Dr. Summer Johnson McGee, dean of the School of Health Sciences at the University of New Haven.

Racism has led to a lack of investment in African American communities and worse health care for the population in general, she added.

The United States had nearly 350,000 coronavirus cases, with more than 10,000 deaths as of Monday, according to a Reuters tally. The U.S. had nearly twice as many cases as Spain and Italy, but fewer deaths than the two hardest-hit European nations.